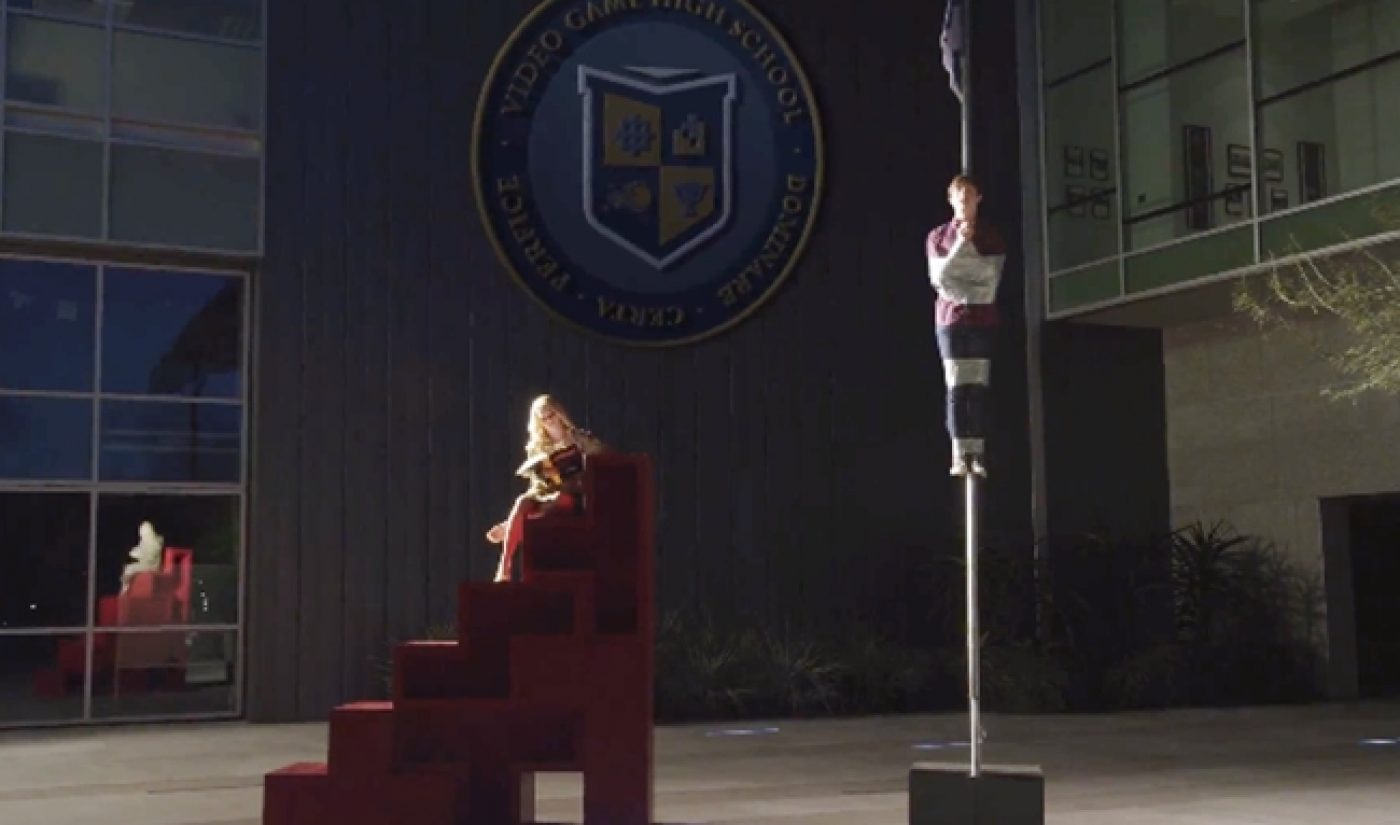 After some last-minute delays due to emergency editing, the second season of Freddie Wong, Matt Arnold, and Collective Digital Studio‘s Video Game High School has arrived. As expected, the increased budget, souped-up set, and innovative filming technique combined to create a product that is fun, exciting, colorful, and, perhaps most surprisingly, full of heart.

The first half-hour episode returns viewers to the halls of the titular school, where protagonist Brian D (Josh Blaylock) must juggle classes, his duties to the VGHS FPS team, his budding romance with Jenny Matrix (Johanna Braddy), his relationship with a vicious new coach (Cynthia Watros), and, by the end of the episode, the return of Brian Firenzi‘s comically mischievous villain, The Law. Um, spoiler alert.

What sets season two apart from VGHS‘ initial run is a more intimate attention to detail and setting. The set, built at YouTube’s LA Space, is much more expansive and makes world building a much easier task. The characters, previously classifiable into one-dimensional archetypes, are more nuanced and interesting this time around. A few fun cameos (including Firenzi’s 5 Second Films pals, Stan Lee, and, of course, the return of Principal Harley) and some sly video game references (the best one being an apt nod to the game over screen in Metal Gear Solid) also liven things up.

There are still five more episodes set to debut on YouTube and Rocket Jump. Wong’s superb effects are still the main draw (and they do not disappoint), but I’m glad to see that he and Arnold have built a more compelling story around their graphical bonanza.