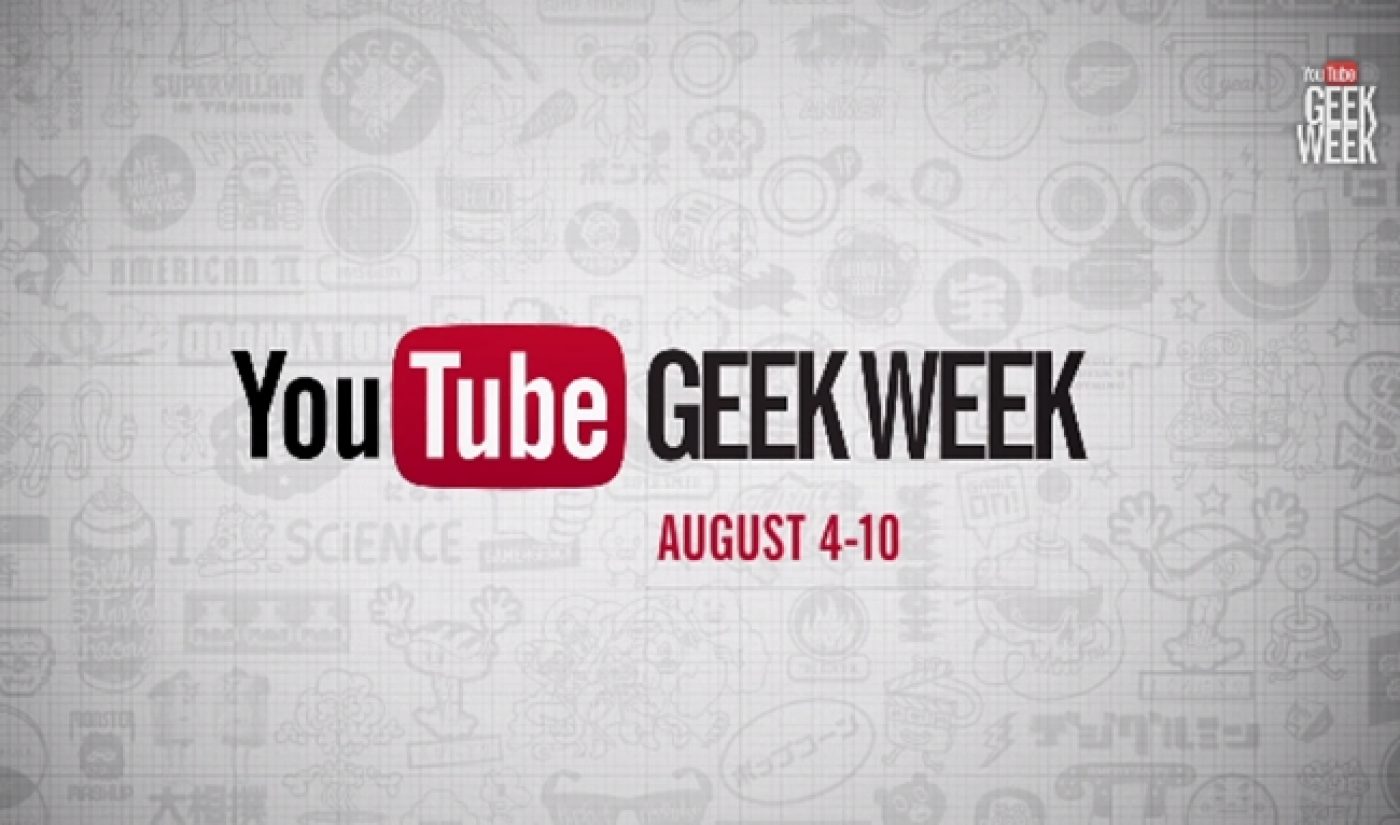 We heard about it during Comic-Con, and now YouTube has confirmed it: After Comedy Week took over YouTube back in May, the geeks will get their chance in August. The site will be home to Geek Week, a celebration of all things nerdy.

YouTube has posted a teaser for the upcoming event, which will run from August 4th to the 10th.

Already, the event seems to better organized than Comedy Week. While the laugh-a-thon featured a slapdash collection of videos, with no rhyme or reason as to what was released on each day, Geek Week’s daily themes will help organize things a great deal. As suspected, Nerdist will serve as the event’s overarching producer, though each day will be hosted by a different channel.

FreddieW will kick things off with a celebration of blockbusters on Sunday, August 4th; he will surely include content from his soon-to-be-released second season of Video Game High School. YOMYOMF will get into “global geekery” on Monday, Veritasium and The Spangler Effect will feature academic channels on Tuesday, Stan Lee’s World of Heroes will explore the world of superheroes on Wednesday, Machinima and Maker Studios’ Polaris will play games on Thursday, and Geek and Sundry will be generally nerdy on Friday.

“With more than half of our top 20 non-music channels dedicated to geek culture, YouTube has become a top destination for fans everywhere to create, share and watch geek content.” said Danielle Tiedt, Chief Marketing Officer at YouTube. “We’re excited to shine a spotlight on this global community during Geek Week and debut all-new videos and series created by some of our most popular channel partners.”

The presence of dozens of appropriate YouTube channels should make Geek Week a coherent and worthwhile event. Plus, I’m sure there will be robots. And aliens. Robotic aliens?