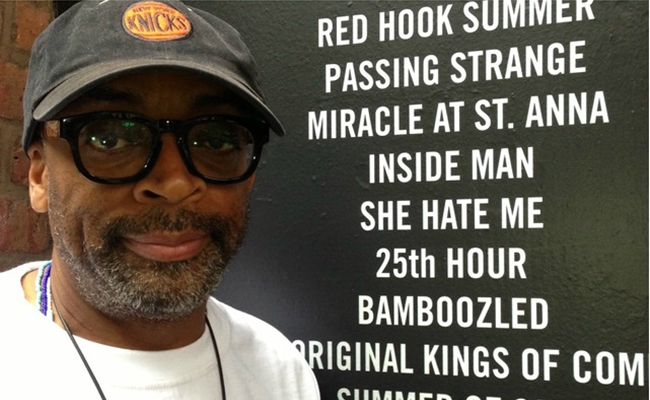 The latest director to give Kickstarter a try is arguably the most famous one yet. Spike Lee, known for films like Do The Right Thing and She’s Gotta Have It, has launched a campaign seeking $1.5 million to finance his next ‘Spike Lee joint’.

While the film doesn’t have a title, it does have a subject: blood. The film will explore society’s addiction to blood, though Lee claims there will also be “a lot of sex there, too.” In his pitch video, Lee explains how he decided to use Kickstarter after learning about the Veronica Mars and Zach Braff projects from a student. I guess the student forgot to tell him the amount of criticism Braff endured. We can expect Lee’s decision to draw a similar response, though his reputation as an indie filmmaker may soften the blow.

Thus far, Lee has raised just $85,000, a far cry from the multi-million dollar first day explosion of the Veronica Mars campaign. Perhaps some people are upset with Lee’s decision to make a movie all about blood, though the relatively low total is more likely due to a general wariness surrounding high-profile Kickstarter projects.

Nonetheless, Lee’s film still has plenty of time to reach its lofty goal, and some of the perks should help it accomplish just that. Most notably, supporters who donate $10,000 win a chance to sit courtside with Lee at Madison Square Garden, where he is known as the most rabid Knicks fan in the world. As a Knicks diehard myself, I plan to take Spike up on this offer. I think I’ll launch a Kickstarter to raise the 10k I need.