Indie Spotlight: In ‘Yoga Partners’, It Takes Two To Tango 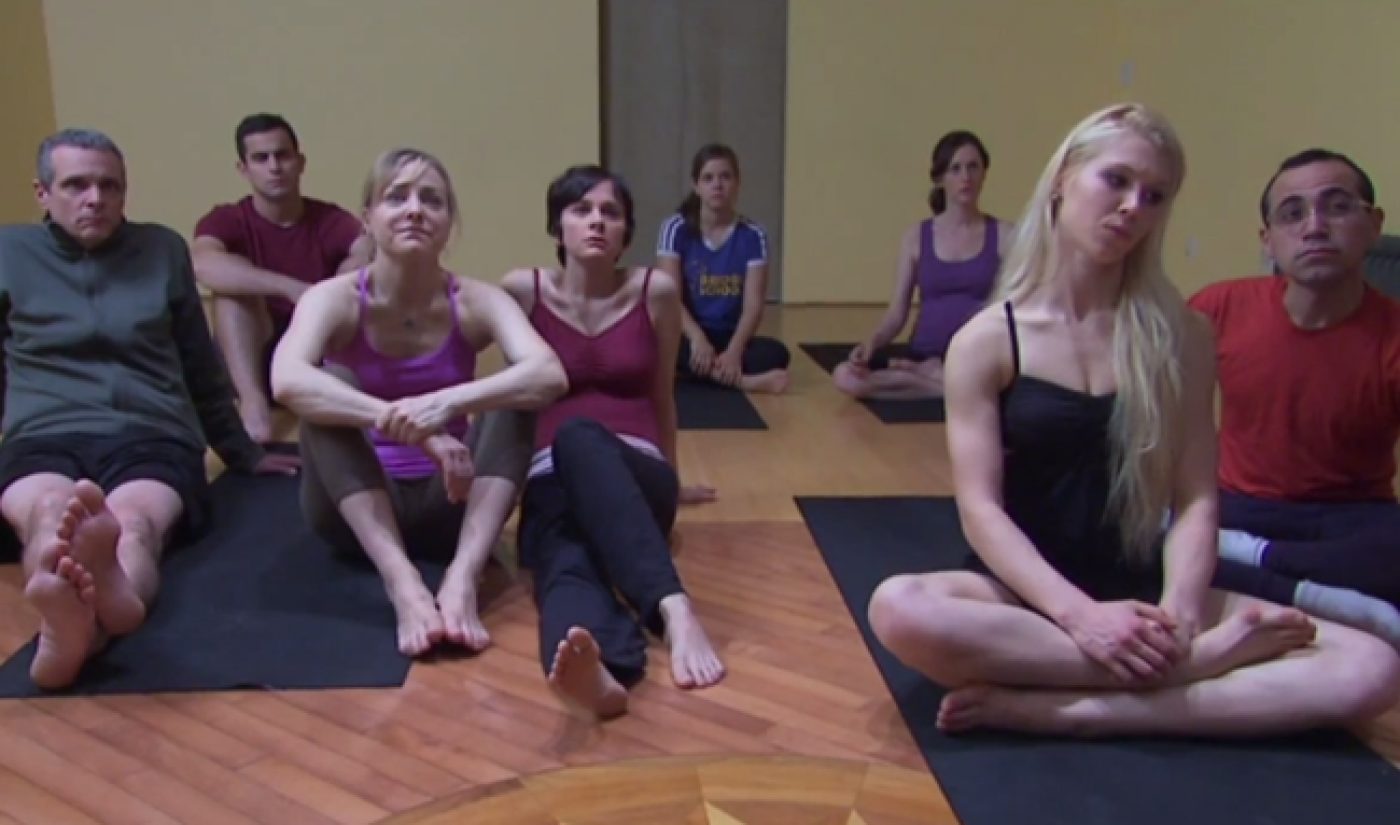 You could fill up an entire playlist of indie web series with the title ‘Like Portlandia, But‘, and it run for hours. Nonetheless, there are new series debuting every week that make fun of hipsters, yuppies, elitists, and every other vague stereotype in between. This week, that series is Yoga Partners, and it is exemplary in the way it builds a likable atmosphere through solid writing and appropriately unusual characters.

Yoga Partners follows Leah, a stiff, shy woman who begins a yoga class after her boyfriend dumps her. While there, she must partner up with the other misfits in the class, including the hopelessly incompetent teacher (who is subbing while the normal instructor attempts yoga-based conflict resolution in Darfur.)

Of course, there are plenty of jokes about the hippie-ish nature of the yoga studio, where cell phones are a taboo, the worst punishment is child’s pose, and there’s a distinct difference between your real name and your real name. These jokes work well because the series is clearly written from a place of love rather than sneering derision. Yoga Partners’ creators’ passion for yoga is evident, and it helps their series be at peace with itself. Namaste.