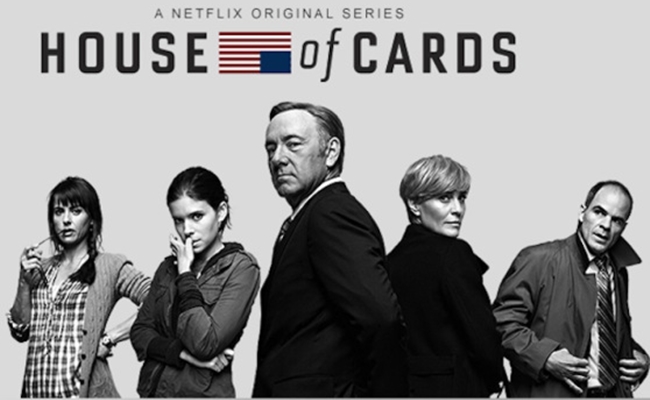 For the first time ever, internet-only shows have scored nominations in major categories at the Primetime Emmy Awards. Netflix shows House of Cards, Arrested Development, and Hemlock Grove all scored nominations, with the former landing in the running for Best Drama Series.

Though online-only shows have been eligible since 2008, but Netflix’s groundbreaking original shows are the first ones to make a mark. In particular, House of Cards made a big splash; in addition to its Best Drama nod, the political thriller achieved nominations for both Best Actor and Best Actress in a Drama for its stars, Kevin Spacey and Robin Wright. In total, the well-received series landed nine nominations. While this is an impressive tally, it is still the lowest number among the six nominees for Best Drama Series; the other five scored in double digits.

Despite mixed reviews, Arrested Development scored three nominations, led by Jason Bateman, who is up for Best Actor in a Comedy. Bateman was previously nominated for the same role in 2005. I’m not statistician, but that has to be the longest period between nominations for the same role. Bateman can thank the power of the Internet for reviving his Emmy chances.

Even Hemlock Grove, which was critically panned upon its release, scored a pair of nominations in technical and musical categories.

“We are thrilled beyond belief,” said Netflix CEO Ted Sarandos. “Change comes very slow, but Emmy voters recognized that great television is great television, and they didn’t pay attention to how it got there.”

American Horror Story scored 17 nominations to lead all series. Netflix’s shows will soon reach similar heights, but for now, the platform has to be thrilled to be where it is.