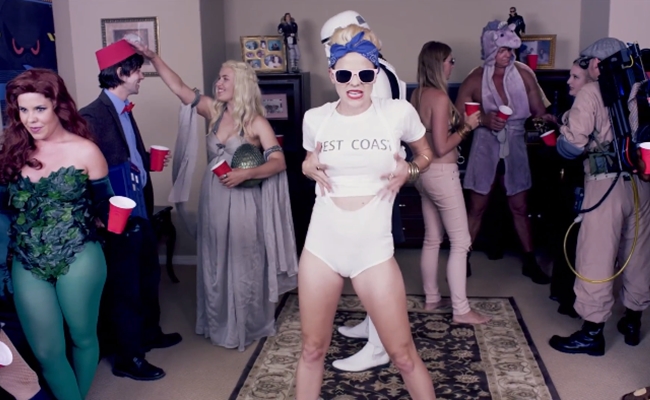 Miley Cyrus‘ highly sexual music video for her latest single, ‘We Can’t Stop‘, has been at the top of the YouTube charts the last couple weeks. Naturally, everyone else on the site wants to bite off a piece of that Miley magic. There have been many, many parodies of the video released in the past few days, but arguably the best one yet comes from Stage Five TV. The geeky entertainment channel has released ‘Comic-Con Cosplay Party‘, which combines Cyrus’ racy attitude with the fanciful costumes that will be present at the upcoming Comic-Con convention.

The video is another solid effort from Stage Five, which previous caught our eye with its brilliantly-constructed Game of Thrones rap battle. Each of its videos tend to have a high-quality sheen that is beginning to turn nerdy heads heads on YouTube, at Comic-Con, and beyond.