Yahoo’s ‘Who Knew?’ Returns For Another Season Of Fabulous Facts 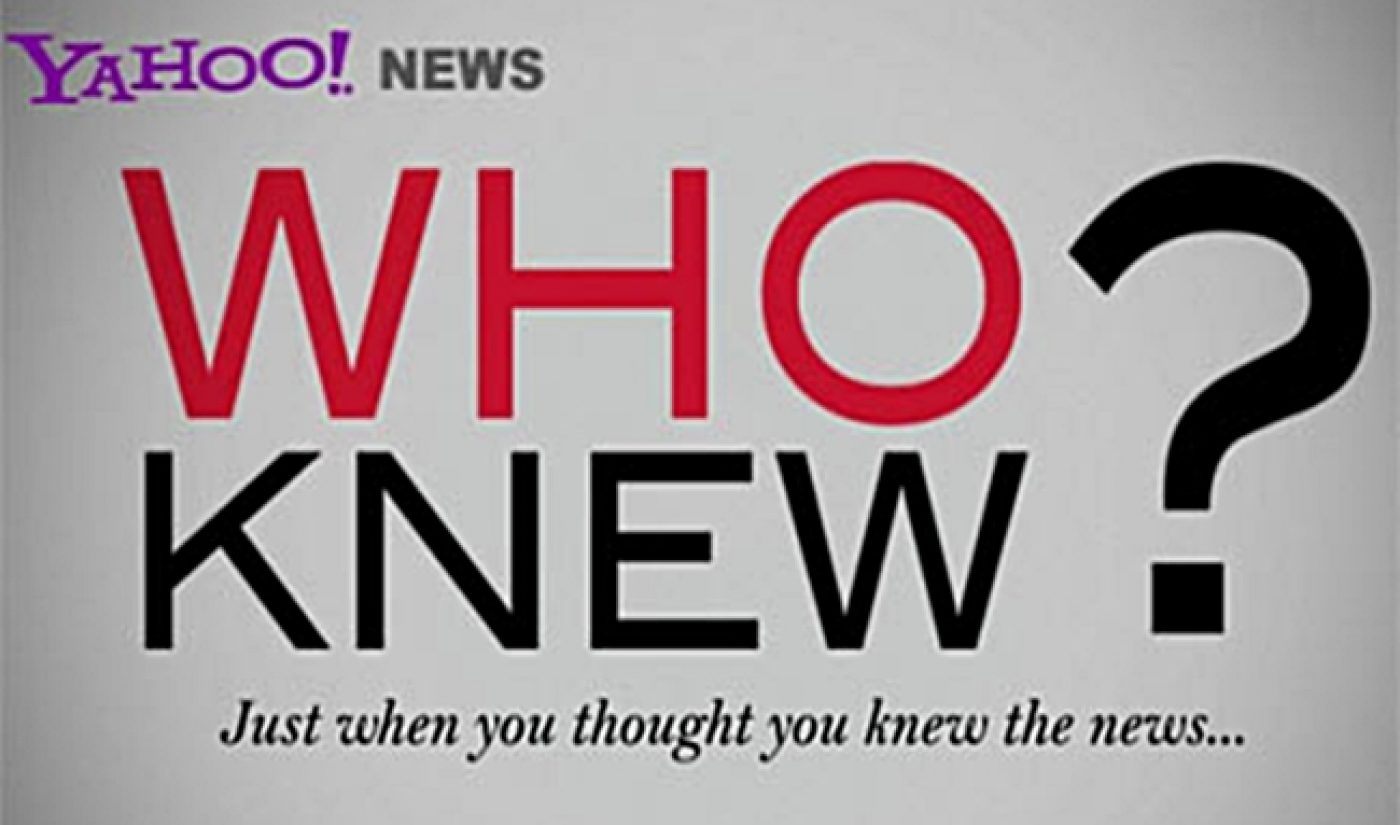 Last year, Yahoo‘s daily Who Knew? series stormed past 600 episodes as it regaled viewers with tons of interesting tidbits. Who Knew? has now returned for a fifth season, and while it still features the same fast-paced, intellectual style, it has received a slight makeover as well as a more topical tone.

The new episodes of Who Knew? have a slightly upgraded set of graphics, filled with plenty of kinetic typography and whooshing transitions. While previous seasons examined such banal topics as pencils and cartoons, recently released editions provide factual knowledge on in-vogue phenomena such as comic book movies and the ‘white hat hackers’ of Anonymous.

“Who Knew? continues to tap into our audience’s keen interest in discovering new information every day, especially around the unusual and offbeat topics covered in the show,” said Yahoo! Vice President and Head of Video Erin McPherson.  “We are thrilled to be partnering with Toyota as the presenting sponsor, as well as the stellar production team at Shine America, on a fifth season of this hit program on Yahoo!.”

In terms of quality, there are several better fact-slinging series out there; Who Knew? doesn’t have CGPGrey‘s incredibly witty didactic style or Mental Floss‘ incredible depth of analysis. What is does have is consistency. Who Knew? offers a daily format that supplies a constant stream of content, and the show’s library is so vast that it will celebrate its 800th episode during this season. Sure, the episodes are short, but that’s because they get straight to the point; were they to be any longer, they would be harder to recall on demand for use social capital.