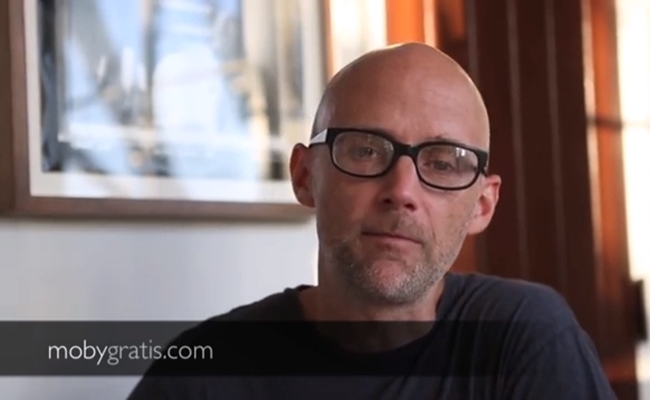 Moby Reminds Indie Creators They Can Use His Music For Free

In 2007, electronic musician Moby founded Mobygratis.com, which gives cash-strapped creators access to scores of songs from his personal library. Moby recently released a YouTube video on the site’s channel in which he toots his own horn by reminding the world of the site’s utility.

As the site’s title implies, all of the music is provided free of charge, unless the user plans to make a profit; in that case, the royalties are donated to The Humane Society. Moby makes it very clear that he himself does not benefit financially from the site’s clips. “My hope is that somewhere on Mobygratis.com you’ll find the music that you’re for, for your indie film, or your non-profit film, or your student film,” he says in the video.

Given his versatile musical stylings, Moby’s clips can potentially fit a wide variety of uses. They have been employed by award-winning filmmakers and NASA scientists alike. Why Moby has decided to drum up support for Mobygratis at this particular point in time, I don’t know. Maybe he’s trying to prove to Eminem that, yes, people do listen to techno.