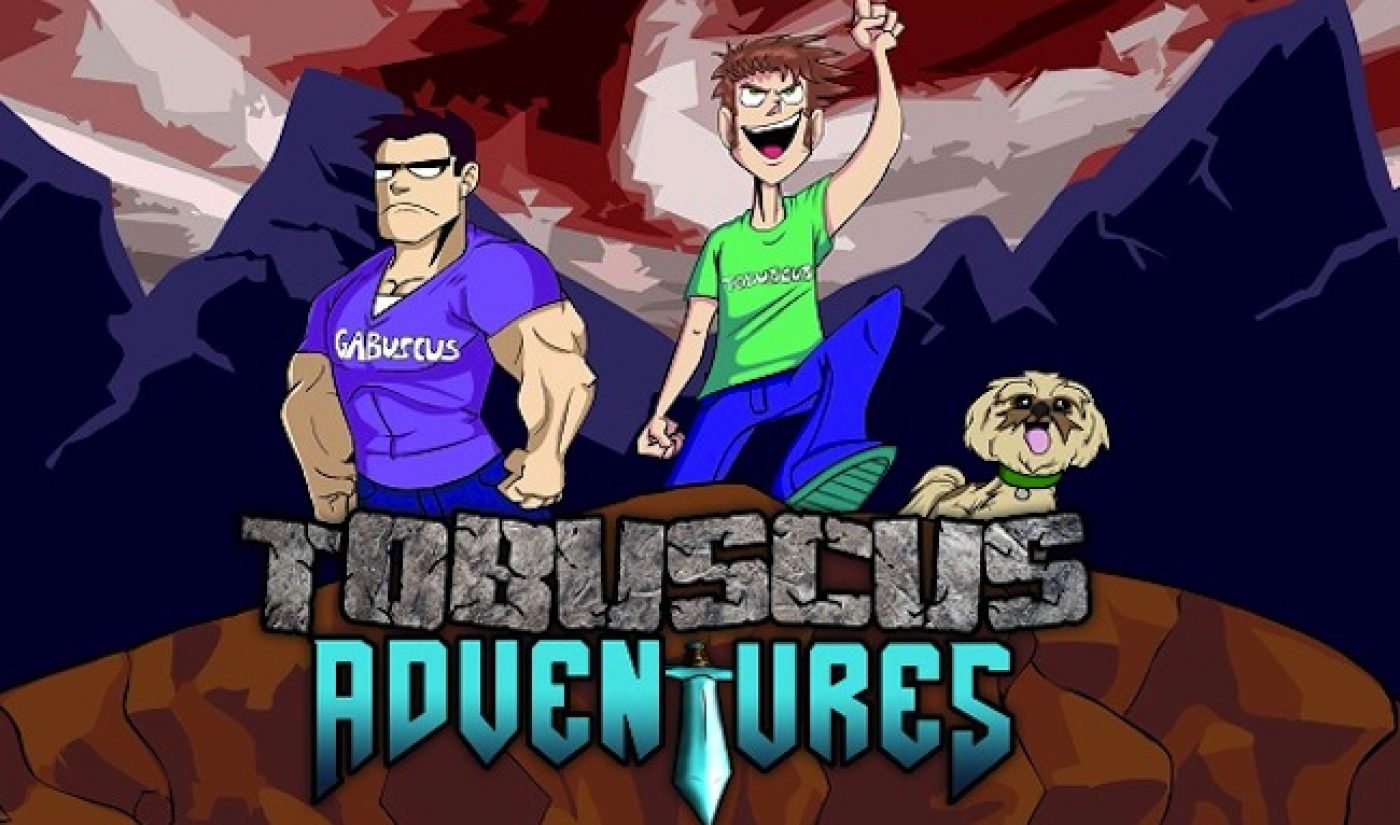 YouTube powerhouse Toby Turner (whose video game-oriented channel, TobyGames is consistently one of the Top 50 Most Viewed YouTube Channels each and every week) began his crowdfunding quest for $240,000 on May 21, 2013. The 28-year-old in possession of an aggregate 10.7+ million subscribers across his three channels on the world’s largest video sharing site sought to raise the nearly quarter-million dollars on Indiegogo to fund the production of the first of what he hopes will be many video games related to his Tobuscus Adventures animated series.

Now, 30-some-odd days later, Turner’s crowdfunded adventure has concluded, and the results are nothing short of epic.

The campaign raised a total of $642,779 from no less than 11,584 individuals. That amount – roughly 267% more than the original goal – will fund not only the production of an IOS iteration of Tobuscus Adventures: Wizards, but Android and PC versions, a Gryphon mini-game (FYI: Gryphon is Toby’s dog and kinda sorta talks in his videos), in-game swag, and a handful of animated episodes of Tobuscus Adventures.

Here’s a quick video from Turner (and Gryphon) hours before the end of the campaign:

And here’s a longer video from a few days before the campaign ended in which Turner addresses his audience with the kind of sincerity you would hope an individual who just raised almost three-quarters of a million dollars from 11,000+ fans would convey (while Grypon plays the self-aware, self-deprecating part of Turner’s consciousness, pointing out the fact he’s raising a very large sum of cash):

Turner now joins the ranks of other online video phenoms who have raised incredible amounts of funding from the crowds. The Lizzie Bennet Diaries raised $462,405 on Kickstarter in April 2013 for a DVD of the entire series and a mini-season before the next modern video interpretation of a Jane Austen novel. Hannah Hart collected $223,007 in February 2013 on Indiegogo for an epic road trip around the world. And Freddie Wong amassed $808,341 in February 2013 during the Kickstarter campaign for a second season of his web series Video Game High School (which was after his Kickstarter for Season 1 raised $273,725).

Contributors to Turner’s campaign should start receiving some of the select perks they paid for in the next several weeks, with the first version of the game is due to get into the fans of hands within the next four months.