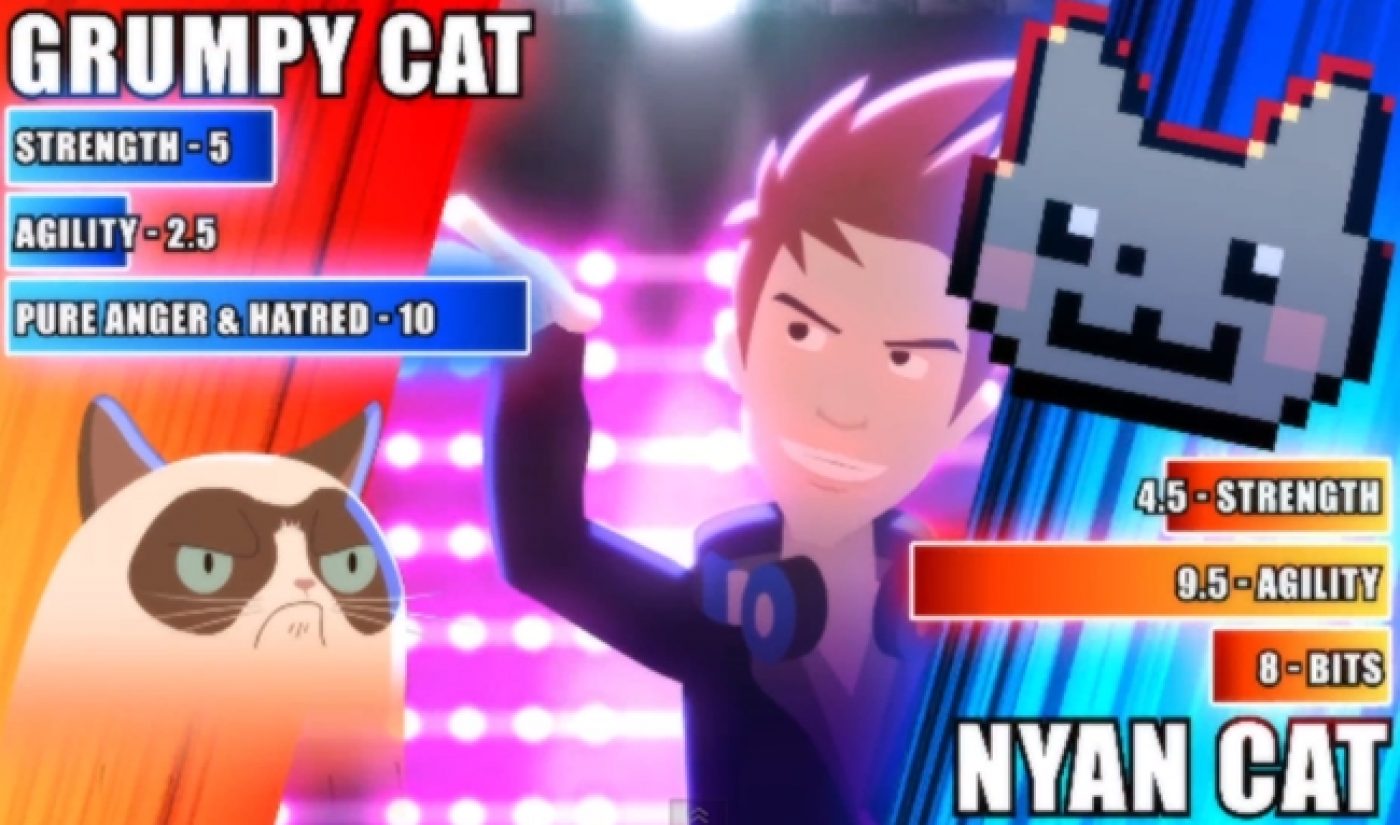 Three more YouTube channels are hoping to catch a bit of the Epic Rap Battles of History magic. Nerdist, Toonocracy, and Official Comedy have teamed up for Animeme Rap Battles, where iconic Internet characters go toe-to-toe in lyrical combat.

Three episodes, one on each of the contributing channels, have been released, and there are a plethora of YouTube stars providing the necessary voices. Tay Zonday gives his typical sub-baratone performance as the suave Old Spice guy, Michelle Glavan channels Overly Attached Girlfriend, and, in the best of the three options, Shane Dawson and Grace Helbig face off as Nyan Cat and Grumpy Cat, respectively.

While a rap battle series featuring incredibly popular characters from internet culture is potentially great, Animeme Rap Battles could use a level up on its smack talkin’ game. That isn’t to say the program is without clever lines, but the raps resort far too often to petty, childish name-calling, that lack the sophisticated, relevant flow of the original emcee. Some characters completely delve from their established personalities; I don’t think Overly Attached Girlfriend spits a line in her battle that one could describe as creepy or clingy.

Look, I get it. Epic Rap Battles of History is YouTube gold, and it is getting more popular every day despite its current hiatus. But if you want to bite off the ERB format, do it well. Take, for example, Stage Five TV’s Game of Thrones rap battle. Sure, it’s utterly derivative of ERB, but the lyrics are fun and the raps have a tremendous pace, so it ends up being a catchy tune you can play/watch on repeat.

Animeme Rap Battles should take a page out of Stage Five’s book. The series needs to devise more clever lyrics linked to the iconic set of internet characters it features, so its amazing collection of contributors can talk smack in front of the biggest possible audience.