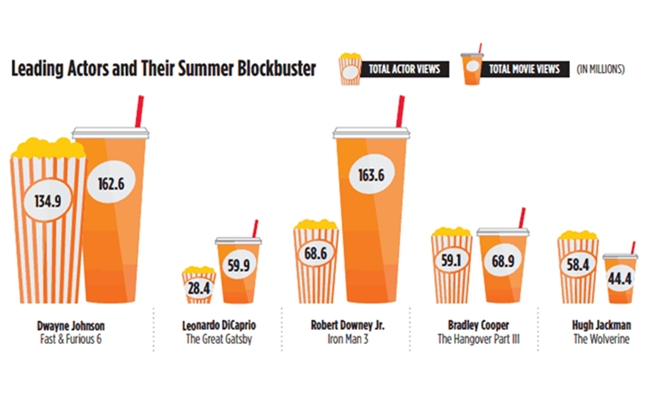 ZEFR Report Uncovers The Current State Of The Movie Trailer

ZEFR knows a thing or two about movies. The brand agency was born from MovieClips, one of the most popular YouTube channels dedicated to providing licensed film footage. In a recent report, ZEFR is breaking down YouTube’s impact on the film industry by analyzing thousands of videos in order to uncover what makes certain movie trailers go viral.

On paper, the Fast & Furious 6 trailer appears to be the most popular on YouTube, scoring more than twice as many views sitewide as any other trailer released in 2013. However, considering how that trailer is nowhere near the top in terms of engagement or shares, its high view count is most likely the result of pre-roll advertisements or the publicity it generated thanks to its debut during the Super Bowl. It is lesser viewed trailers such as Kick-Ass 2‘s red band option and the debut trailer for Don Jon that lead ZEFR’s Engagement Index and Social Index, respectively.

As with ZEFR’s recent infographic about brands, this one makes a point of hammering home the importance of fan videos on a film’s visibility. It notes how 98% of the 1.9 billion views of content from the Lord of the Rings trilogy come from fan-uploaded videos. “Fans drive views of trailers on YouTube by not only pressing play on their favorite trailers,” says the study, “but by uploading clips and building communities around their favorite films.”

Most importantly, the reach of YouTube trailers is growing. Engagement alone has doubled since last year. I wonder how much I contributed to that trend by watching the Elysium trailer over and over again.

The full results of the study are available here.