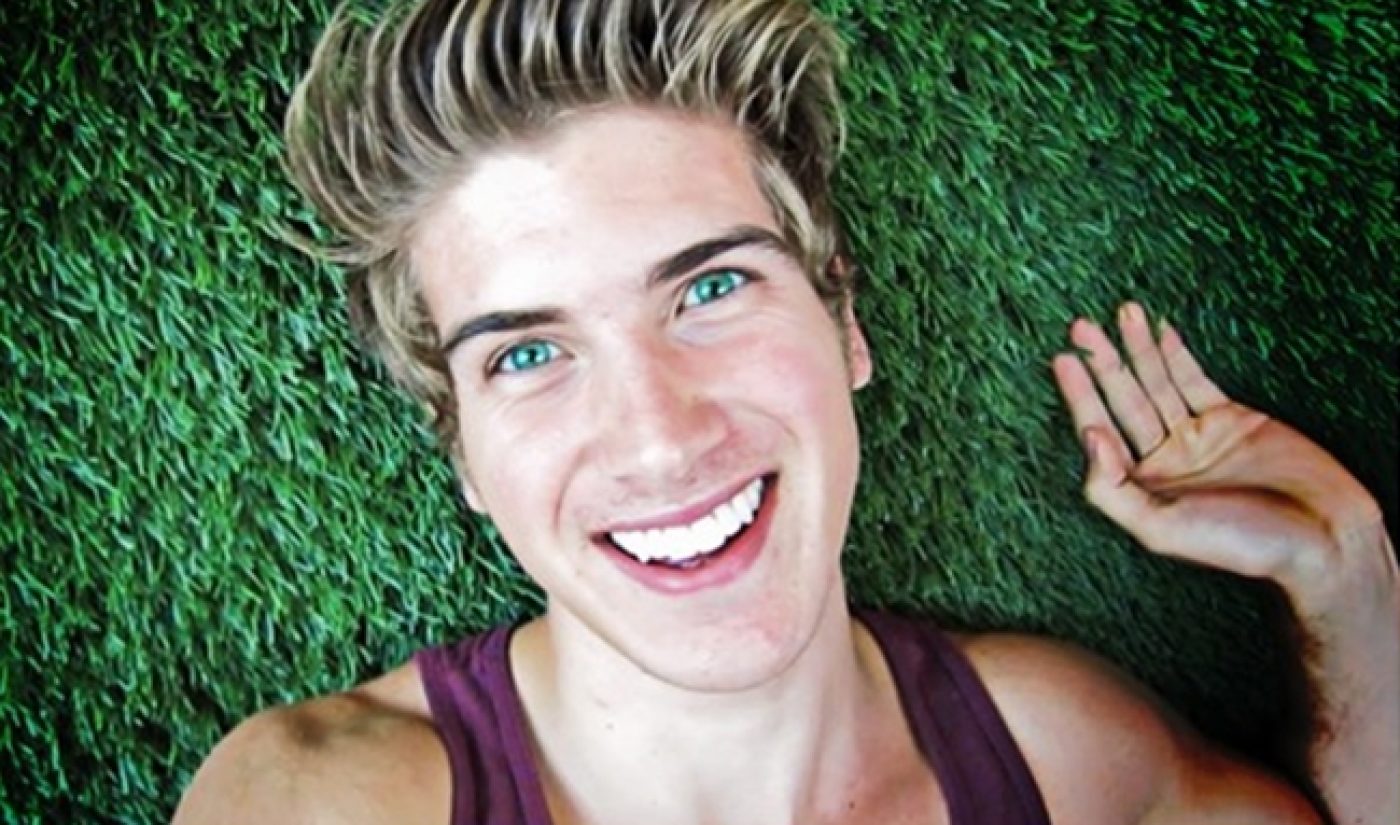 Joey Graceffa may be the biggest Hunger Games fan on the Internet, and the 22 year old vlogger is finding the odds to be ever in his favor. Thanks to a varied collection of song covers, Hunger Games videos, gaming walkthroughs, and YouTube challenges, he has gained over one million subscribers. We talked to Joey about the diverse profile of his channel.

Tubefilter: How does it feel to cross one million subs? What do you have to say to your fans?

Joey Graceffa: It’s insane! I have been on YouTube for over 6 years and I never imagined it going this far! I was never really the ‘cool’ kid in school and I always felt like I had to be someone else to fit in.  It’s crazy to have over 1 million people subscribed because they like to watch me be myself! My viewers are so amazing they support me in everything I do and I love them all so much!

TF:  How do you motivate yourself to release a vlog every day? Does the schedule ever get tiring for you?

JG: I have been daily vlogging for almost two years now, and it’s become just another part of my day. Of course there are days I don’t feel like filming, but I just read a few encouraging comments and tweets of people saying I make their day. It just fuels me to keep posting!

TF: When you do song covers, how do you decide which songs to cover?

JG: I usually just pick songs that I am obsessed with! I really enjoy singing covers from my favorite artists. Although I wouldn’t consider myself a singer, it’s just something I enjoy!

JG: I actually made an EP album of original songs last year with my two friends. We made a band called the Tributes and we made songs about The Hunger Games. But I would love to do more original songs for sure!

TF: The Hunger Games is a common topic for you. Why do you love it so much, and how excited are you for the Catching Fire movie?

JG: I’ve been a huge fan of The Hunger Games for years! I absolutely fell in love with the books and couldn’t get enough of them! It’s such a great story and i just got sucked into the world. I can’t wait for Catching Fire! I know it’s gonna be amazing!

TF: What has been the hardest challenge you’ve completed so far?

JG: The first year of vlogging every day. It was really hard at first trying to come up with a video idea every day. I felt a lot of pressure to try and make each day better than the previous. When I wouldn’t be doing anything exciting one day I would start getting really stressed and then decide not to post anything. I have now gotten better and I don’t put as much pressure on myself.

TF: You also have a secondary gaming channel. What made you decide to start it and how do you decide which games to play?

JG: I’ve always been a huge gamer nerd. There were a ton of other YouTubers with gaming channels so I figured why not join in on the fun! I’m gonna be playing video games anyway. Why not post them on YouTube! Currently I am only playing Hungercraft! I’m a bit obsessed.

TF: What’s on tap for the future? Any exciting projects on the horizon?

JG: I want to create more high quality stuff for my channel. I have always wanted to pursue acting, so I’m going to do more scripted stuff. I’m currently working on an original web series for my channel called Storytellers. It’s going to be the biggest production I have ever done. I launched a Kickstarter to help get funding to make the project happen! So far my viewers have been very supportive and really excited for Storytellers!

On Deck (channels that will soon reach one million subs): Tyler Oakley, The Young Turks, Howcast