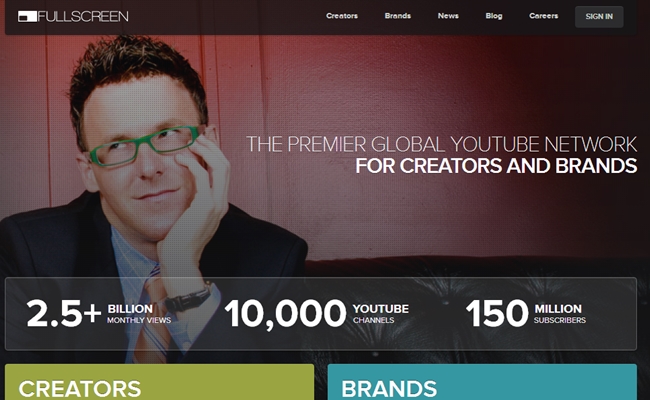 Back in April, we first heard the news that Fullscreen had secured a Series A round of close to $30 million led by Comcast and The Chernin Group. Now, the investment has become official, with the top multi-channel network joining Maker Studios, Machinima, and Alloy Digital in the $30 million funding round club.

Fullscreen, which claims more US uniques than any other MCN, doesn’t need the added capital to stay afloat. Instead, it will use its incoming windfall to expand its reach. For starters, it will join the rush to expand internationally, where YouTube is becoming an increasing popular platform. More interestingly, Fullscreen plans to launch a studio and will begin producing some content of its own. It has already experimented with original video through Creator Stories and Lunch Break, a pair of industry-focused series it has released on its YouTube channel.

“We think there’s a real opportunity to incubate and program some of the iconic media brands for millennials,” said Fullscreen CEO George Strompolos. “What is the Comedy Central for millennials? I don’t think that’s defined yet.”

For Comcast, Fullscreen provides a web foothold. As for Peter Chernin, he continues to assert himself as a major player in online video less than a week after the announcement of his potentially-groundbreaking web series, Summer Break.

Fullscreen’s big plans show a clear willingness to innovate, as it did when it released the first YouTube app for Google Glass. Strompolos’ network (and now studio) is staying one step ahead of its competition, an approach that arguably makes it the hottest MCN around.