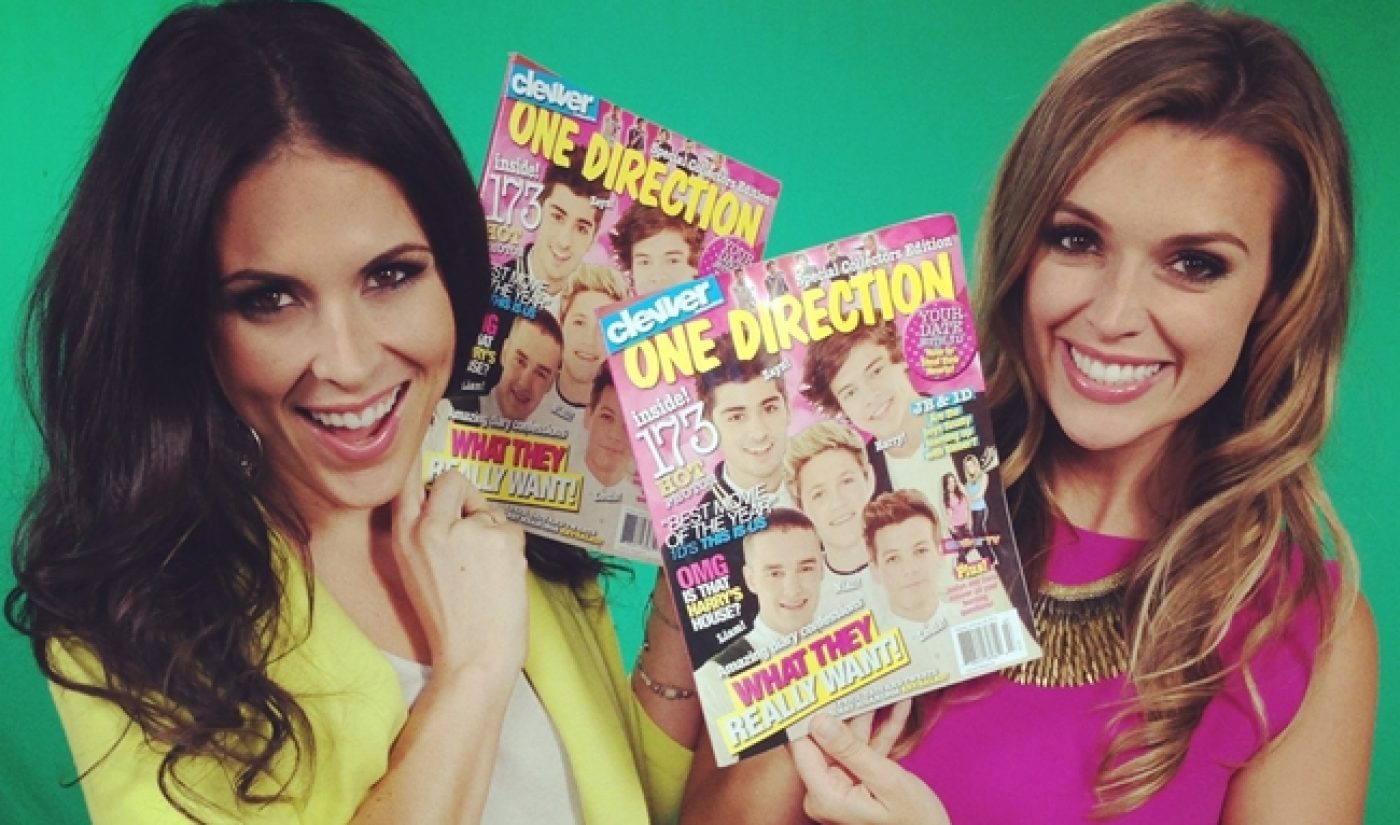 Clevver is taking its flourishing YouTube sub-network to newsstands. The popular teen news and culture brand has debuted a print magazine, which will be available at retail stores nationwide.

The first edition of the magazine focuses on One Direction (because, you know, teens) and also features plenty of photos, quizzes, and appearances from online Clevver personalities. “This is an exciting expansion of the Clevver brand that was driven, first and foremost, by our loyal and enthusiastic audience’s desire to experience pop culture in various ways,” commented Clevver Media co-founder Michael Palmer. “The focus on One Direction was based on viewer feedback and trends, and we are thrilled to offer another quality product that delivers on their demand for more!”

Clevver’s YouTube empire (owned and operated by Alloy Digital) includes eight channels that bear its name, each one representing a different genre. Combined, these channels have more than 1.8 million subscribers, with the most popular,  ClevverTV, closing in on 700,000. ClevverTV, which focuses on celebrity culture, seems like the channel most closely linked to the magazine, an unsurprising move given the size of its fanbase. The only other Clevver channel with a larger YouTube following is Smosh Games, its joint production with Ian Hecox and Anthony Padilla, which has more than 2.5 million subscribers and 300 million views in less than a year of existence.

Given the size of Clevver’s online following, it’s hard to see how many new fans the print magazine will draw in. Instead, it should give the network better access to its current fans. Now, teens can take in Clevver while on airplanes, in doctor’s offices, and anywhere else where the Internet doesn’t shine.