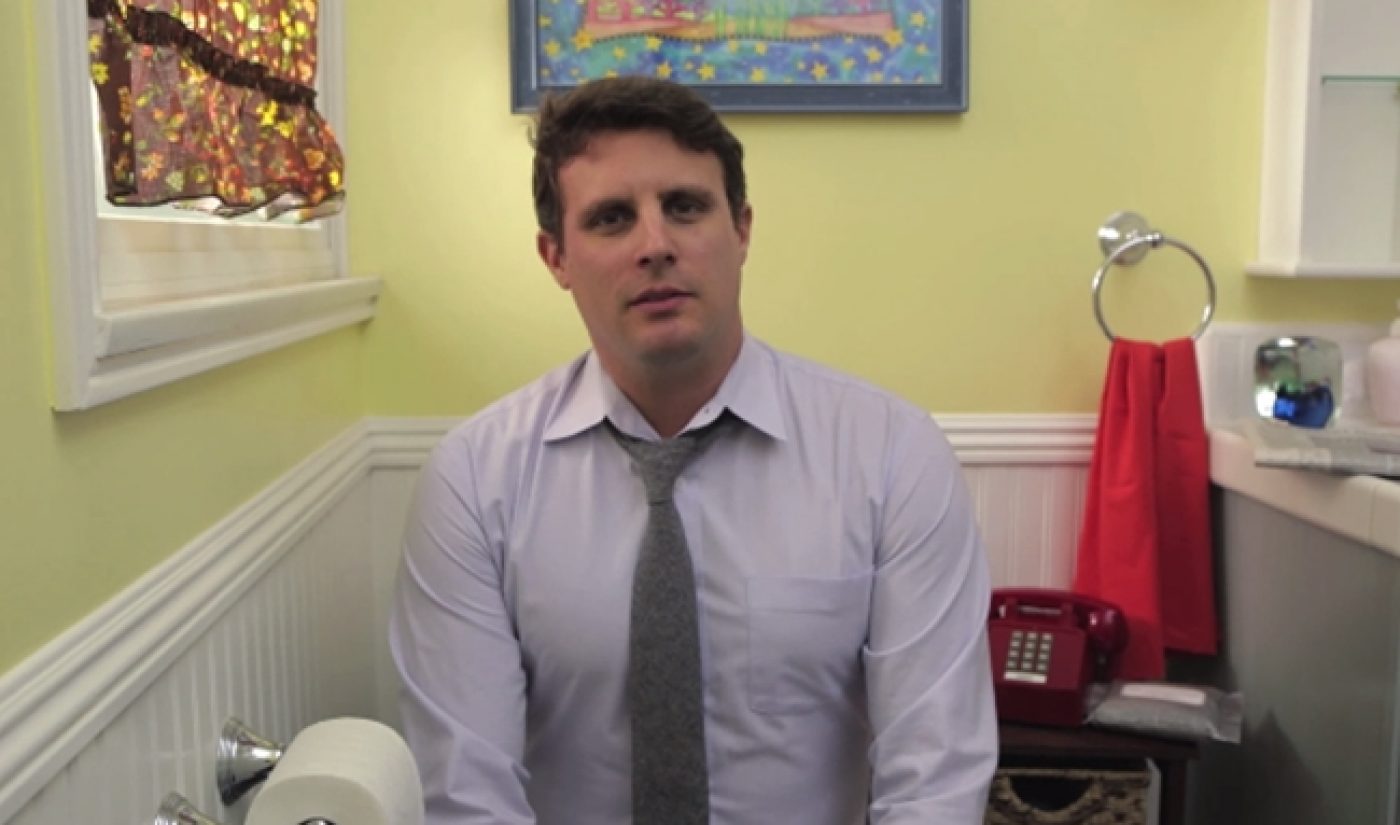 One Wipe Charlies are, to put it crudely, butt wipes. Dollar Shave Club, after tackling the issue of overpriced razor blades, has looked down below to find another problem to solve. Toilet paper is cumbersome and environmentally unfriendly, and it often fails to do its job completely and thoroughly. According to Dollar Shave Club, One Wipe Charlies eliminate this nuisance by getting the job done in one stroke.

As with the first video, there are plenty of Old Spice-style cuts mixed with a glib, funny sales pitch. This time around, if you’re willing to look past all the poop jokes (of which there are many, you’ll find some incredibly subtle humor, such as a reference to an old joke about a bear and a rabbit.

Is the One Wipe Charlies video as good as Dollar Shave Club’s first effort? Not quite, because that one was f**king great. Still, it’s an incredibly clever way to advertise a product that men didn’t know they needed. I’ve never really been a wipes guy, but I’m persuaded to give One Wipe Charlies a try. If I enjoy it, I may even go out and buy pack number two.