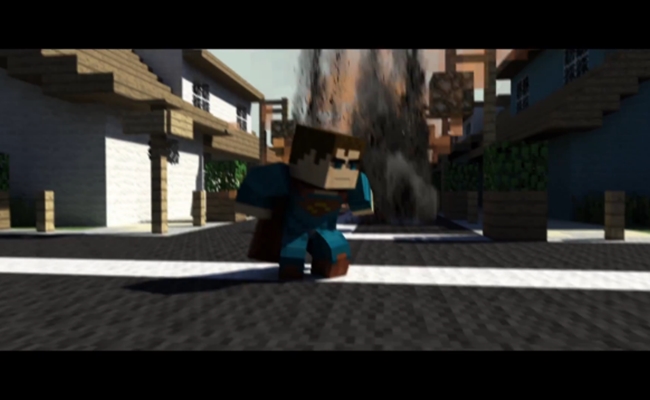 Nerds are geeking out over the impressive trailer for the upcoming Superman reboot, Man of Steel. Naturally, the YouTube network that caters its content to such nerds has taken the opportunity to have some fun. Machinima has posted a Minecraft video, titled ‘Mine of Steel‘, that mimics the Man of Steel trailer shot-for-shot.

The video, which has already made a splash on the Minecraft-crazy YouTube, is the work of production studio Steelhouse Digital. It combines the cubic textures of the popular game with some crisp animation and the audio track from the trailer, which has racked up 22 million views since its release six weeks ago (The three official Man of Steel trailers have combined for more than 64 million YouTube hits.) Check it out, and try not to have too intense of a nerdgasm:

The main thought I took away from the video was, ‘It’s great to see an actual machinima video on Machinima.’ ‘Mine of Steel’ proves the reboot’s most recent trailer looks awesome, even in blocky Minecraft mode.