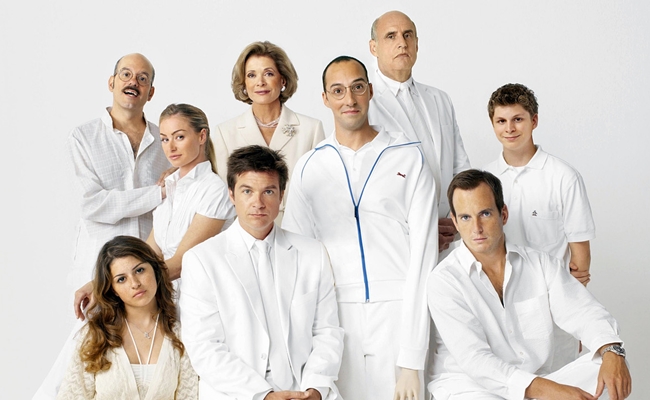 It’s been more than seven years since Arrested Development last aired a new episode, but as of Sunday, May 26 at 12:01AM PT, the comedy with the cult following to end all cult followings is back. 15 new episodes have been released on Netflix, where subscribers can dabble in the misadventures of the Bluth family or strap themselves in for seven-and-a-half hours of nonstop power viewing.

Embedding is (naturally) disabled on Netflix, but click here for all your AD needs.

Before you dig in, feel free to rewatch the trailer, read up on the social media buzz the show has generated, and throw together some Arrested Development-themed treats. Of course, if you haven’t started freezing your Bluth family chocolate-covered banana bites by now, there might not be enough time to prepare before you get sucked into the Arrested Development rabbit hole.

For those of you without Netflix, well, trust us Arrested Development fans when we say it’s worth the splurge.

Now, if you’ll excuse me, I have some TV to watch. If you need me over the next seven-and-a-half hours, well, that may prove rather difficult.