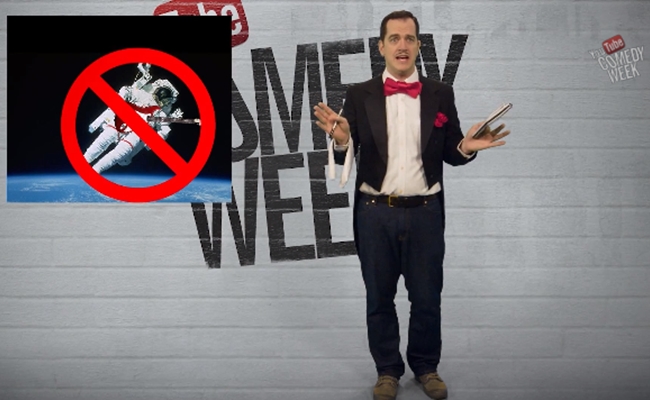 After a Tuesday slate populated by a majority of online video creators, Wednesday’s offerings at YouTube Comedy Week tilted back towards traditional media. Among the featured videos were efforts from The Lonely Island, Comedy Central‘s Nick Kroll and Jordan Peele, and Rowan Atkinson’s Mr. Bean.

As usual, a rundown of some of the day’s highlights can be seen in a roundup video. Wednesday’s edition features The Key Of Awesome and Rhett & Link:

One of the most exciting entries is a series of videos from Rowan Atkinson’s Mr. Bean character. The classic comedy sketches are the first uploads in three months on the Mr. Bean channel and serve as a reminder of how much fun the character is. In a featured video, Bean desperately tries to give some change to a busker, but he has to break a ten first.

Beyond Bean, we also saw a new entry in The Lonely Island’s #WackWednesdays video series, with the SNL trio trotting out Solange as the featured guest on a song about semicolons. Honestly, it’s more of an excuse to use crazy rhymes such as “Demi Brolin” (the name actress Moore would take if she married actor Josh) with “semicolon”. The video isn’t as great as the Spring Break Anthem that was previously paired with an episode of Between Two Ferns, but it’s fun.

Nick Kroll also posted a funny sketch from his Kroll Show featuring a much-welcomed appearance from Jordan Peele of Key and Peele. The two play a pair of sleazy college basketball refs who are bad at their jobs but good at making me laugh. It’s a tradeoff I’ll take any day.