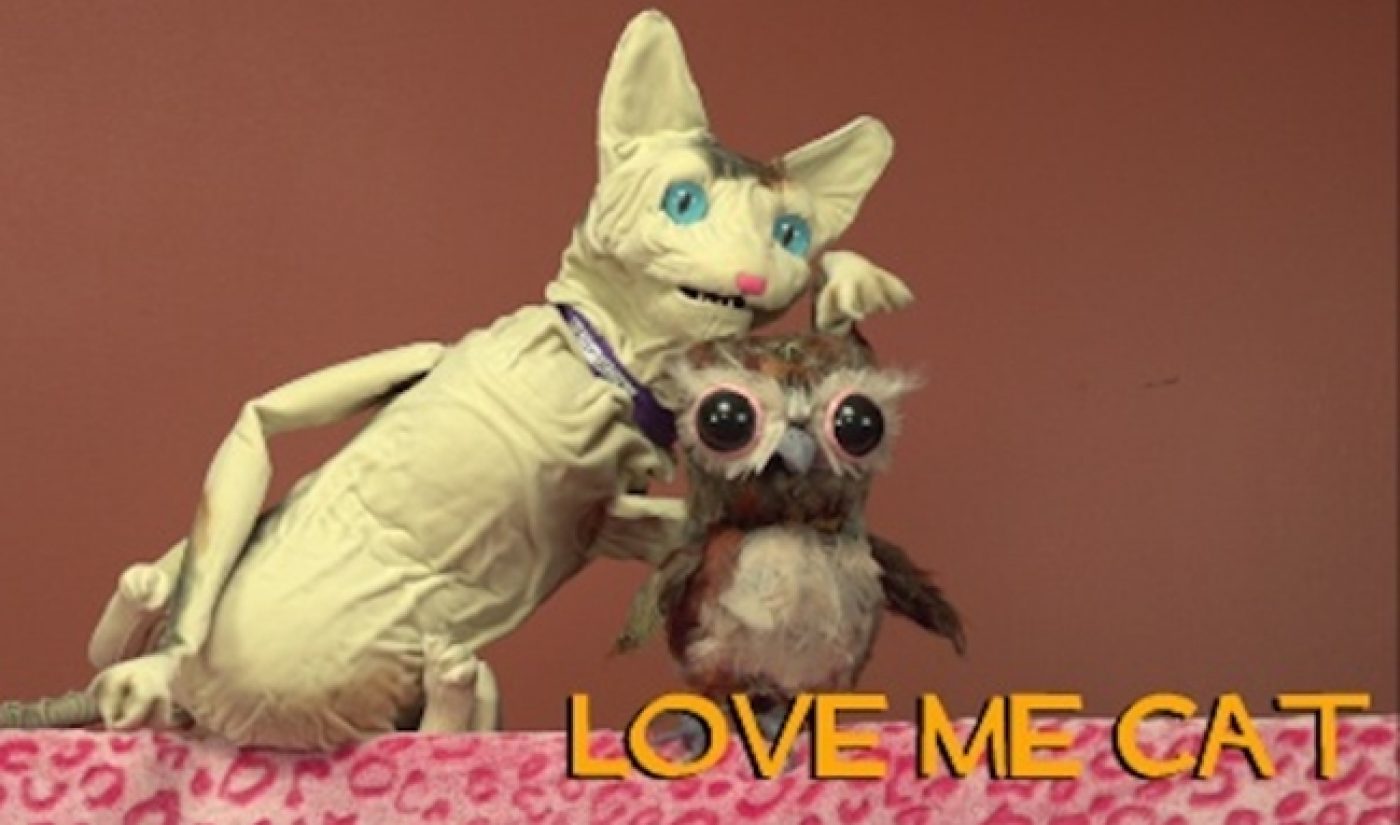 Lost amidst the hubbub created by Zach Braff’s controversial Kickstarter campaign is the rise of big (but not that big) crowdfunding projects for notable web series such as Video Game High School and The Lizzie Bennet Diaries. Now, another big name in online video is throwing its hat into the Kickstarter ring. My Damn Channel has launched its first ever online fundraising campaign: Love Me Cat, billed as a “puppet talk show with celebrities and you.”

The creator of Love Me Cat is Eric Kaplan, a TV writer best known for his work on The Big Bang Theory. While this will be his first web series, guests will include several performers who have worked with Kaplan in the past, including Johnny Galecki and Mayim Bialik. Given the show’s affiliation with My Damn Channel comedy network, other guests will include creators like Beth Hoyt and Mark Malkoff.

The talk show will have two hosts: Kaplan will play an ugly, hairless cat who is assisted a magic owl named Owly (voiced by Andy Bobrow, who worked with Kaplan on Malcolm in the Middle). “I want to use this show to explore love and alienation,” claims Kaplan in the pitch video.

Love Me Cat has very modest goals, as it is seeking just $20,000 on Kickstarter. Given Kaplan’s impressive résumé and the size of My Damn Channel’s audience, it should hit that number with room to spare. Personally, I’m excited. YouTube is currently ruled by cute cats. It’s about time the ugly ones got their say.