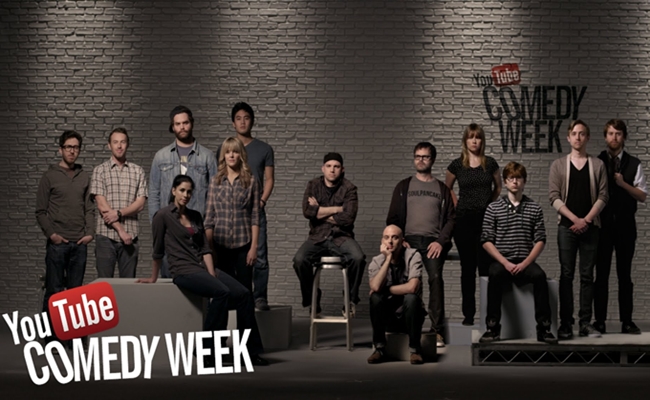 The Big Live Comedy Show is here. After weeks of hype, promos, and TV spots, YouTube Comedy Week has arrived, with some of the biggest stars in both new and traditional media taking to the Internet for a live streaming kick-off show.

The slogan for the week-long event is “this better be funny,” and the Big Live Comedy Show is our first chance to see if Comedy Week will be as macho as Arnold Schwarzenegger made it seem or just a big waste of time and talent. Of course, considering the amazing roster of participants, ‘funny’ seems more likely than ‘not funny’. Tonight’s performers are:

Yeah, that’s a pretty intense and diverse list of talent. Check out the show here:

Once the live show concludes, the official Comedy Week channel will be the hub where all of the content related to the event will be released. The slogan wants us to believe that “so much could go wrong.” But I prefer to look on the flip side. With all of those funny people involved, there’s so, so much that could go right.