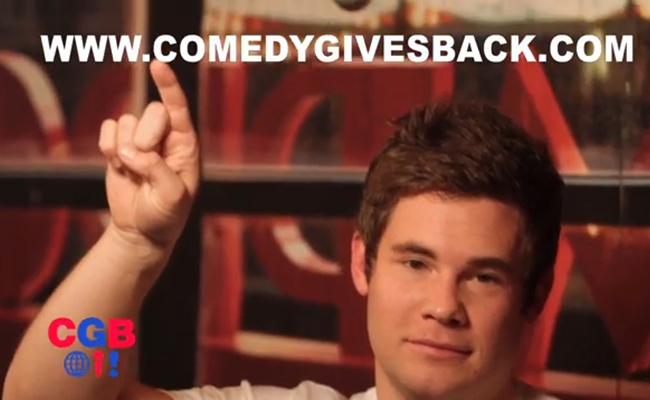 I fully expect a lot of the jokes presented during YouTube Comedy Week to be ethically questionable and morally wrong, but at least one event during the week will be socially just. Comedy Gives Back, an organization that uses laughter to better the world, has teamed up with JASH to produce an “International Comedy show” during Comedy Week.

The show will be on  Monday, May 20th, with Rob Delaney, Rove McManus, Greg Berhandt and Matt Kirshen performing. Tickets are free, as Comedy Gives Back will attempt to drum up support for its main project: a 24-hour live streamed comedy event that will go down on November 6.

That event will work with the Malaria No More charity to help Africa fight the deadly disease, which kills thousands of the continent’s inhabitants every day. To help promote the show, Comedy No More has released a promo video featuring Dane Cook, Kevin Nealon, Adam Devine, and other comedians who are very interested in kicking malaria’s ass.

Comedy No More is the only social good company involved in Comedy Week, so hopefully you’ll all pay attention to their message on Monday night before commencing with the inevitable laughter.