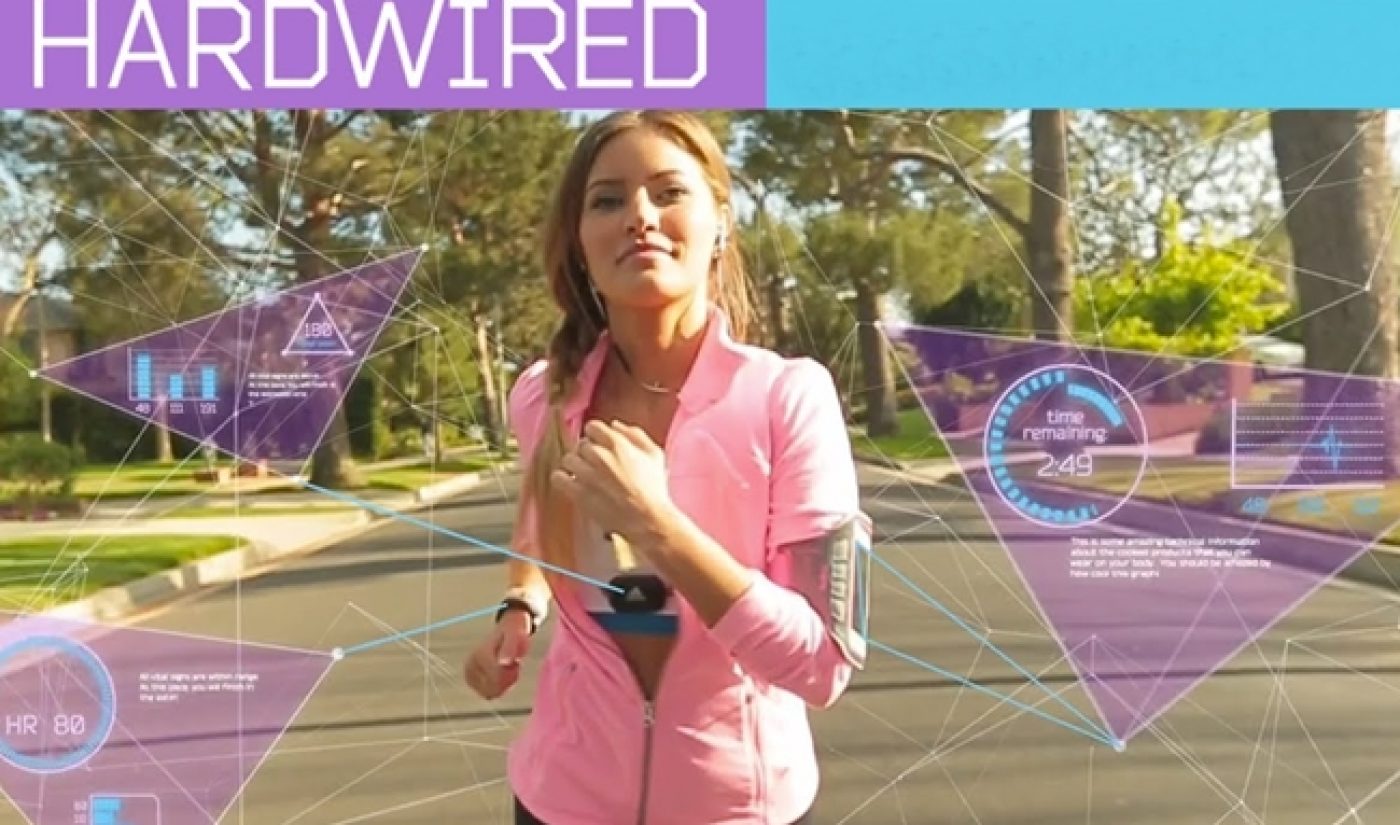 AOL has been steadily rolling out its new slate of web series since it announced 15 of them at Digital Content Newfronts. One of the most intriguing options (at least from our perspective) is now live, as the first episode of Hardwired, starring iJustine, has been released.

Hardwired follows Justine as she explores the latest innovations in wearable technology. The first episode is concerned with fitness gadgets like Adidas’ Bluetooth-connected heart rate monitor and the more casual Jawbone Up. These innovative items let you monitor your diet and sleep schedule, keep your heart rate at the right level, and track your exercise over time. The Adidas monitor even warns you when you’re at risk of cardiac arrest. If it were any more useful, it would defibrillate runners who suffer heart attacks.

As some of her fans have noted, Justine is slightly more subdued in her AOL On hosting debut than she is on YouTube. Still, her enthusiasm for technology shines through, and she was an apt choice for a show about hi-tech gizmos.

Future episodes will delve into other areas where technology is, according to Hardwired’s trailer, “on us”, “in us”, and “an extension of ourselves.” Personally, I’ll be disappointed if iJustine doesn’t turn into a cyborg in the last episode. It’s about time we embraced transhumanism, and if anyone could be a charismatic ambassador for human/cyborg relations, it’s iJustine.