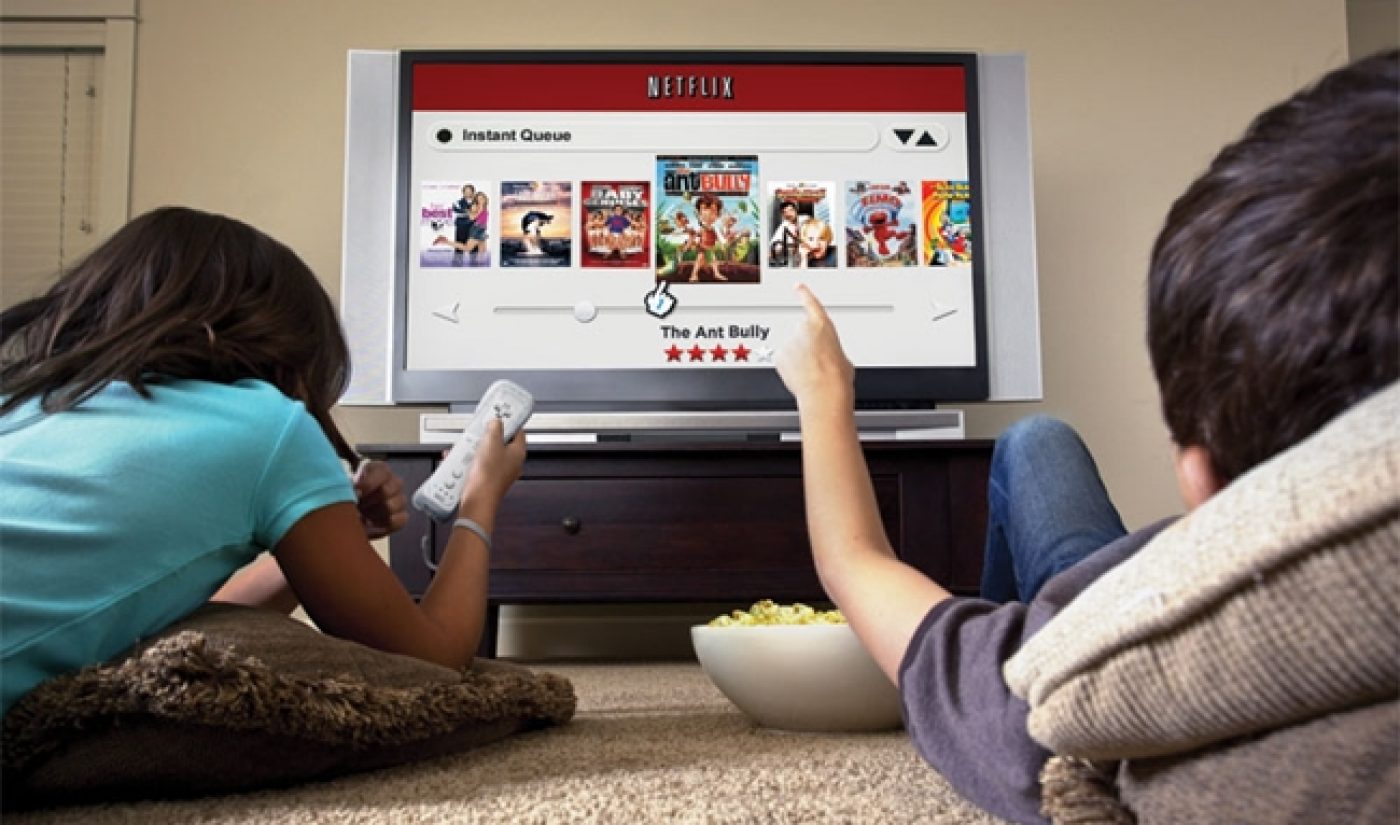 According to Internet solutions company Sandvine, the overwhelming leader in US and Canada downstream traffic is a super popular online video site–but that site isn’t YouTube.Per Sandvine’s most recent report, Netflix‘s streaming service accounts for 32.3% of all downstream Internet traffic at homes in the US/Canada, making it the undisputed leader in eating up your bandwidth.

YouTube was in second place at 17.1%, meaning it will need to account for 89% more traffic to catch Netflix. Still, YouTube was the only major online video player to see its share of North American Internet usage increase. Sandvine believes the increased use of mobile devices in the home is mainly responsible for this trend, but another factor is certainly the increase of high-quality videos on YouTube, which both command attention for a longer period of time and use up more data at once.

Here is a table Sandvine’s top 10 bandwidth eaters for upstream, downstream, and aggregate Internet use. Note that Hulu also finds itself in the top 10, albeit with a much smaller piece of the pie than Netflix or Hulu.

Internationally, YouTube remains on top, so the Google-owned site can still claim to be the website with the most traffic worldwide.

But regardless of who’s on top, one thing is clear: when it comes to Internet traffic, video is king. More than half of all the data downloaded or streamed from the Internet is video content, and another interesting trend has risen: the top one percent of Internet users account for more traffic than the bottom 50%. Clearly, we’ve got some web inequality going on. Occupy Netflix!