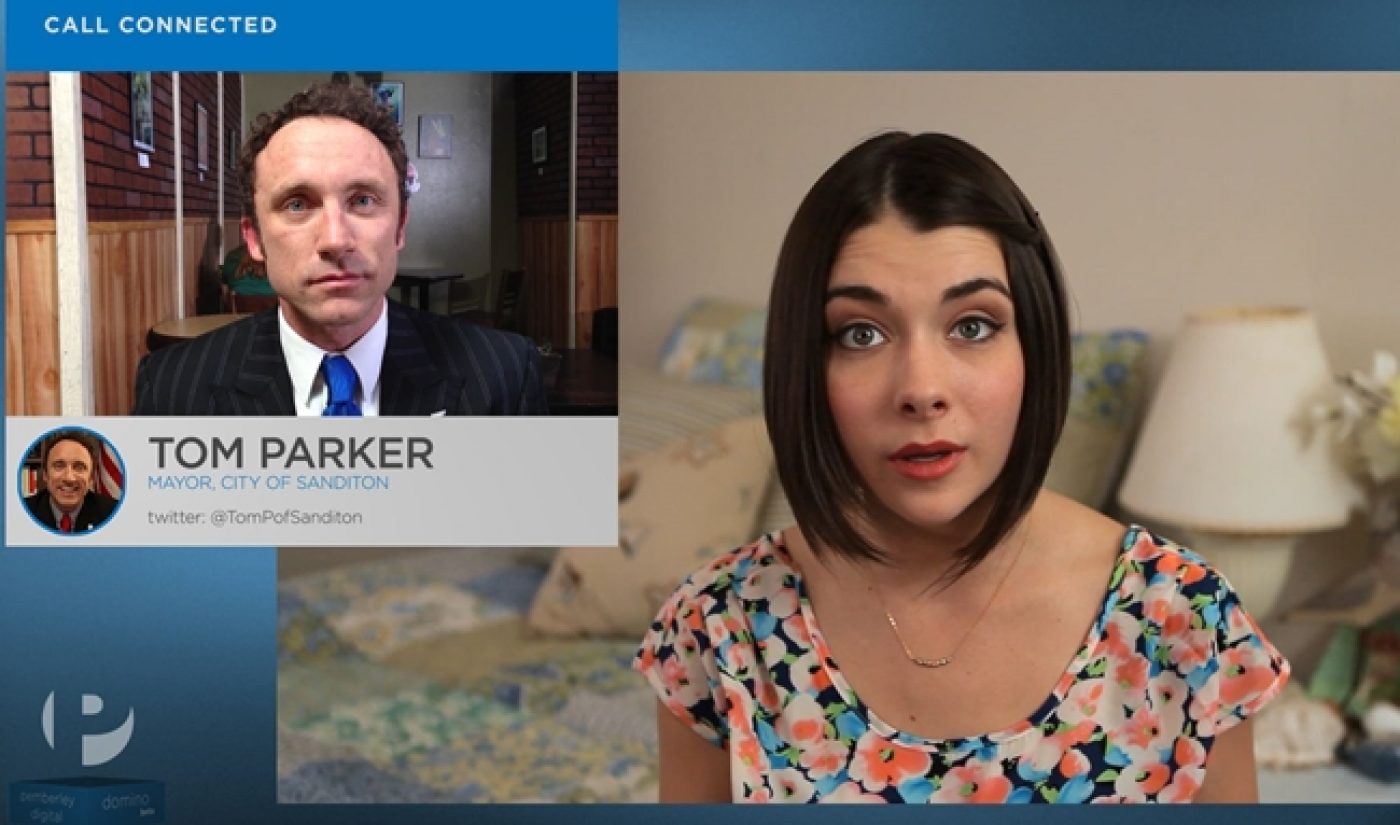 Transmedia integration is nothing new in the web series world. Shows like MyMusic have brought their characters into the real world, giving them Twitter feeds with which to interact with fans. Nonetheless, Welcome to Sanditon takes things to another level. The new companion series to The Lizzie Bennet Diaries is allowing fans to move to a fictional California town, creating an entire community around the show.

As with MyMusic, there are plenty of Twitter feeds based off elements of the story. Main character Gigi Darcy has her own account, as does the town of Sanditon. Beyond those transmedia efforts, however, there is also a groundbreaking partnership with Theatrics, an interactive entertainment company, to create Welcome To Sanditon‘s Domino app in real life. Basically, fans are encouraged to take on virtual positions within Sanditon and are encouraged to interact with their fellow residents.

Of course, given the fervor of Lizzie Bennet fans, Sanditon is already a thriving online community, with hundreds of residents employed at scores of establishments. If you read some of the tweets, fans are taking things the extra step by role playing entirely in character.

Welcome to Sanditon is based on Jane Austen’s unfinished manuscript about the rise of a community, so the transmedia element of Margaret Dunlap, Jay Bushman, Bernie Su, and Hank Green‘s series is actually more than just a fun activity for fans; it’s a brilliant extension of Austen’s vision. The Sanditon series on its own isn’t as exciting as Lizzie Bennet, but its extracurricular elements show how it is the perfect combination of creator, fanbase, and source material.