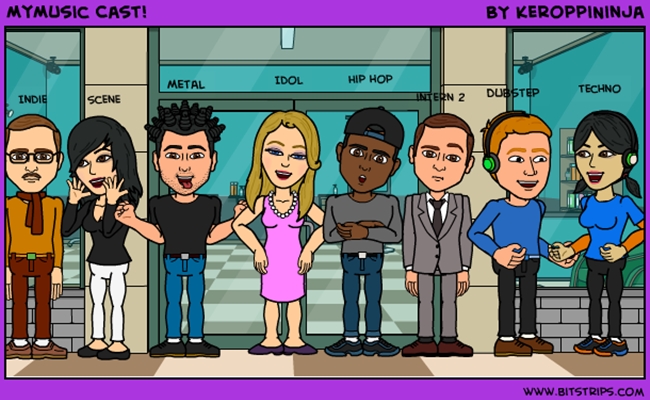 News about renewed YouTube channels has slowly come trickling in, with new shows announced on channels like Geek and Sundry and YOMYOMF. Now, the Fine Bros‘ MyMusic can add itself to that list: the YouTube sitcom, set at a music company where most of the employees are referred to by their favorite genres instead of their names, will return for a second season.

The second season will once again return to the MyMusicShow channel, which currently has more than 343,000 subscribers and over 26 million views. Though only the main show has been announced, expect the channel to continue to dish out plenty of auxiliary content; while MyMusic has been on hiatus, the Fine Bros have continued to post behind-the-scenes footage, live Q&A sessions, and, most recently, blooper reels.

Season one featured an impressive roster of guest talent, and you can expect season two to be similarly star-studded. Grace Helbig will continue her leading role as Idol, while Toby Turner will make another guest appearance as the devil. Hail satan!

“We had an overwhelming fan response in Season 1 and we definitely couldn’t have made it to a second season without their viewership and participation,” said Benny Fine. “We built the most immersive transmedia sitcom on YouTube if not on the web with MyMusic, and fan feedback was at the level where it made perfect sense to produce a second season. We’re building a deeper experience that continues to blur the lines between reality and fictional storylines in Season 2 and our fans are going to love it!”

Thus far, most of the renewed YouTube Originals have been projects from YouTubers, and MyMusic is no exception. Look for it to continue to appeal to its sizable YouTube audience when it debuts late in the summer.