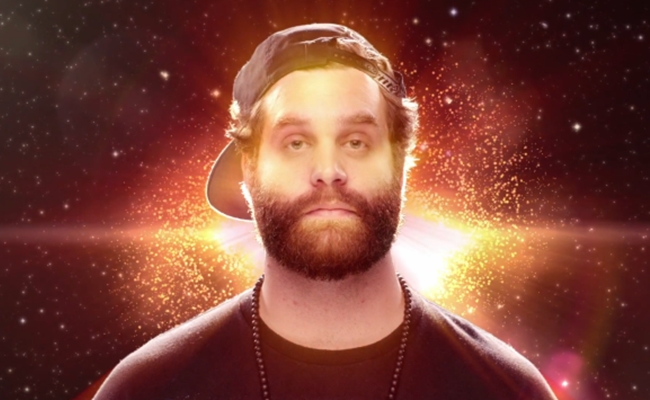 The Social Star Awards are self-defined as “the Oscars of Social Media,” so it makes sense that the Singaporean awards show run by Starcount would bring in some of the biggest names in online media to help promote the event.

A short video posted on the Starcount YouTube channel features an appearance from Harley Morenstein of Epic Meal Time, and a longer release next week will enlist the services of fourteen more popular creators.

In the video, produced by creative studio Portal A (which you may know as the same crew behind the fantastic web series White Collar Brawler) YouTube, Morenstein serves as a godlike mentor for a schlubby nobody (played by Jesse Heiman AKA the nerdy guy from GoDaddy’s Super Bowl makeout commercial) who wants his YouTube channel to go from zero to hero so that it can win the Social Star Awards. Morenstein appears in a vision to our Horatio Alger-esque character, inviting him to come train at a secret facility.

As seen at the end of the teaser, future content on Starcount will include a huge number of YouTubers, including Ryan Higa, Jenna Marbles, Lindsey Stirling, DeStorm, Shane Dawson, MysteryGuitarMan, FreddieW, and several others. A “full training video” will be released next week.

As for the Social Star Awards themselves, they will go down on May 22nd, be livestreamed on YouTube, and feature a number of different categories, including the Social Media Star Award, where Jenna Marbles, Toby Turner, PewDiePie, and Smosh are on the shortlist. Clearly, the fifth nominee will be a former loser who has been trained to tip-top YouTube shape by a deified Harley Morenstein and his Justice League of talented YouTubers. Of course.