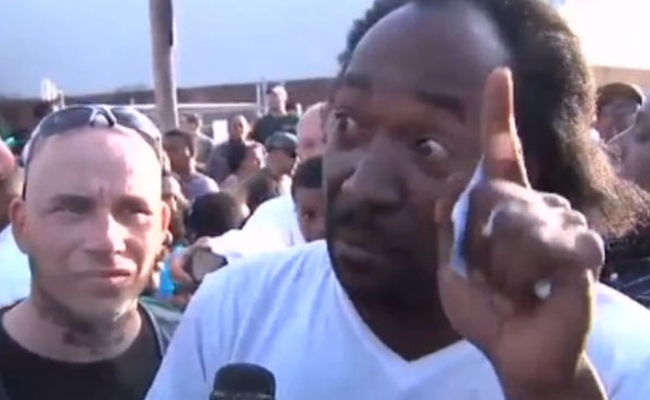 The video clip of Charles Ramsey, the Cleveland man who became a national hero when he helped rescue three long-kidnapped women, spread like wildfire across the Internet on May 7th. Given Ramsey’s candid way of speaking, his appearance on a news report, and the large quantity of available sound bites, I think we all knew what was coming next: Auto-tune.

Sure enough, The Gregory Brothers needed less than one day to get it together. The night after Ramsey’s news interview went viral, the musical quartet (which now has more than 500 million views) released ‘Dead Giveaway’, a nice little auto-tuned ditty in line with the group’s previous efforts. Check it out, and get ready to have it run through your head all day.

The haste with which ‘Dead Giveaway’ was constructed is evident, as most of the song consists of its chorus, repeated several times. Nonetheless, it is another incredibly catchy (and cleverly rhyming) hook, one that deserves to belted out in showers across the world. ‘Dead Giveaway’ doesn’t have the complexity of Schmoyoho’s best work (such as ‘Why, Why, Manti?’), but it’s a fine achievement for something constructed in just a few hours.

Along with the main song, The Gregory Brothers’ female member, Sarah, has also released a jazzier version, free of auto-tune and instead featuring her strong singing voice. Clearly, Charles Ramsey’s story has three main takeaways: Never give up hope, be sure to always investigate suspicious screaming, and remember that when a mildly funny news report goes viral, The Gregory Brothers are ON IT.