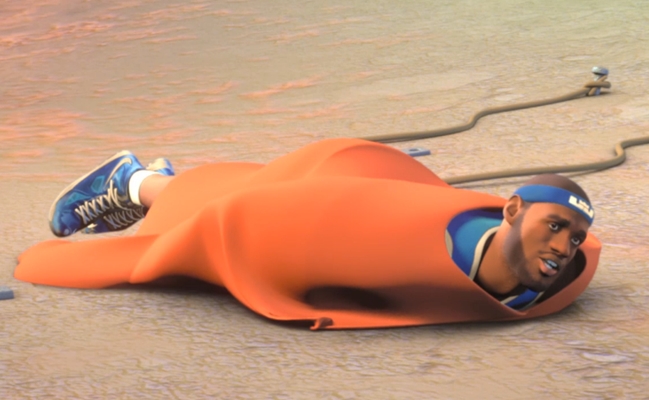 ‘The Lebrons’ To Tip-Off Season 2 On Xbox Live

Lebron James‘ popularity is at an all time high. The Miami Heat superstar, who just won his fourth MVP award as he continues to lead his team through the playoffs, has almost completely reversed the public’s opinion of him since his ‘Decision‘ PR disaster back in 2010. That being said, there’s no time like the present for James to debut a second season of The Lebrons, the animated web series where he voices a number of different characters.

James plays four characters, each one representing a different side of his personality. From the look of the recently released trailer, LeBron will continue to teach moralistic lessons to children in an attempt to remind the kids of the world that you don’t need to be 6’8″ and 250 lbs. to live a full life (though it certainly helps). Also, it’s animated in 3D instead of 2D this time around, for some reason.

It’s important to remember how popular The Lebrons was during its first season. As I noted when discussing the new YouTube filter on Google Trends, the release of the show’s first season caused the term “web series” to draw twice as much YouTube traffic as it had ever drawn before. Even now, with the web series format rising in popularity, only a few high-profile releases (such as Jerry Seinfeld’s Comedians in Cars Getting Coffee) have surpassed The Lebrons’ search traffic.

The new season will debut May 10, with the US Army signed on as a sponsor. Since it’s hosted on Xbox Live this time around, it won’t be as hot of a YouTube search string, but given LeBron’s recent hot streak, I’m sure it will be a big hit.