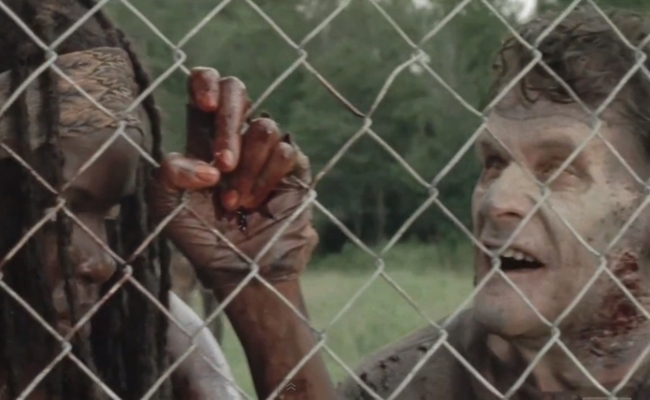 ‘Bad Lip Reading’ Takes On ‘The Walking Dead’ (With Music)

The single biggest laugh at YouTube’s Brandcast came after a clip from Bad Lip Reading‘s NFL episode was presented to the audience. It was a fitting response to a channel that has risen to become one of the funniest on YouTube, and its most recent episode helps it continue that trend. BLR has given the overdubbing treatment to The Walking Dead, with the end of the episode devolving into a bonkers musical number.

The musical ending is a good choice for BLR (which is now over two million subscribers), as the series initially focused on mocking music videos and its lone, anonymous creator works in the music industry. It even seems to make sense until the singing character starts singing gibberish during the chorus.

It’s not the funniest BLR episode ever (that honor goes to the aforementioned NFL edition), but it’s a welcome addition to the channel’s consistently enjoyable and always off-the-wall collection of videos.