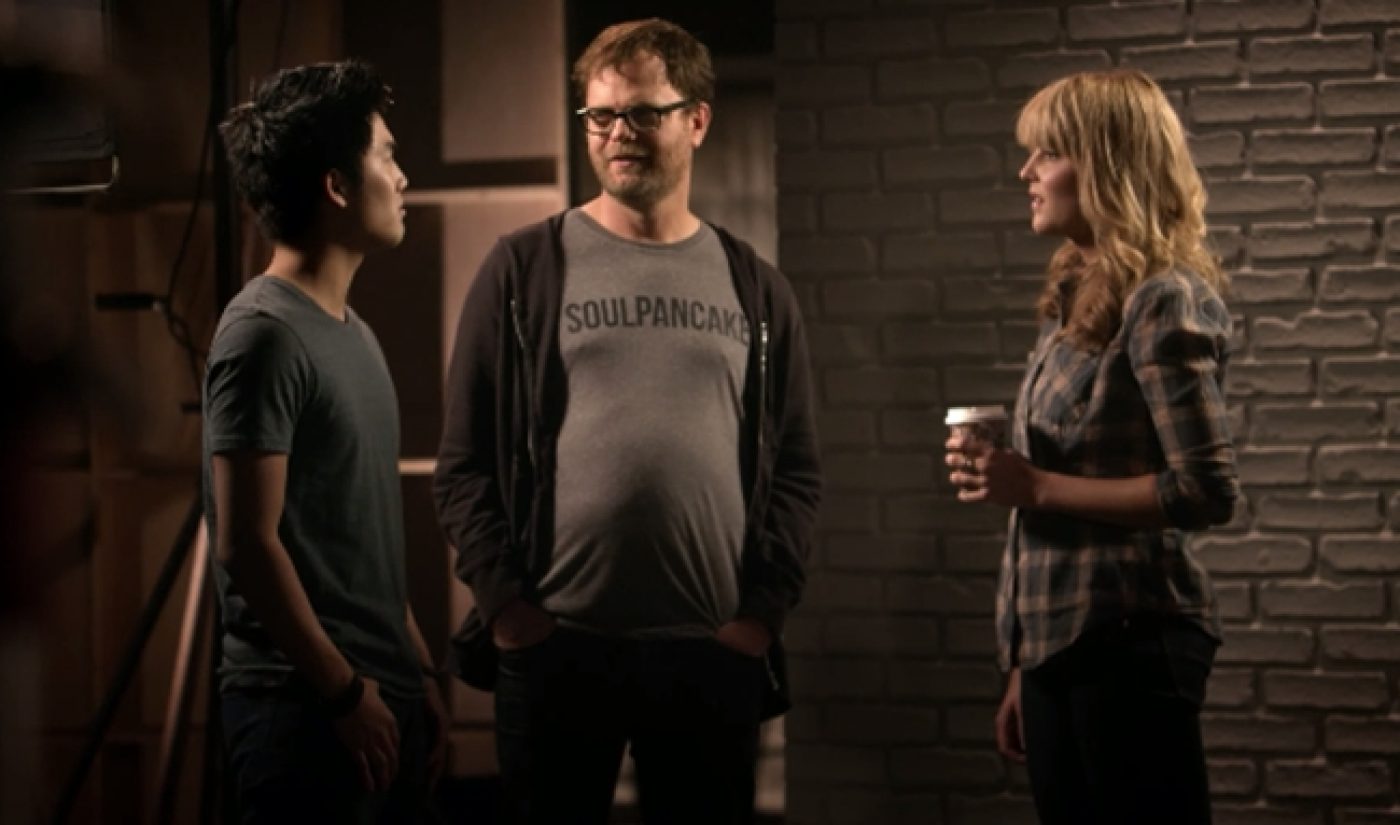 YouTube recently announced its first ever Comedy Week, which will take place between March 19 and March 25 and will feature live events, video debuts, and collaborations from at least 40 of the brightest comedic minds from both the traditional and new media spaces. To help hype the upcoming celebration, YouTube has dropped a few teaser videos on its official channel.

The first teaser features some friendly banter between Ryan Higa, Grace Helbig, and Rainn Wilson, who is fittingly clad in a Soul Pancake shirt. Perhaps taking a page out of YouTube’s book, Wilson asks his fellow comedians who they think is going to “win” the week. In the other teaser, EpicLloyd and Harley Morenstein discuss their respective channels, with the Epic Meal Time host noting that he “wraps” on the Internet as well.

Of course, now I’m just think about how great Harley would be on Epic Rap Battles of History. He kinda looks like Sophocles. Make it so, ERB.