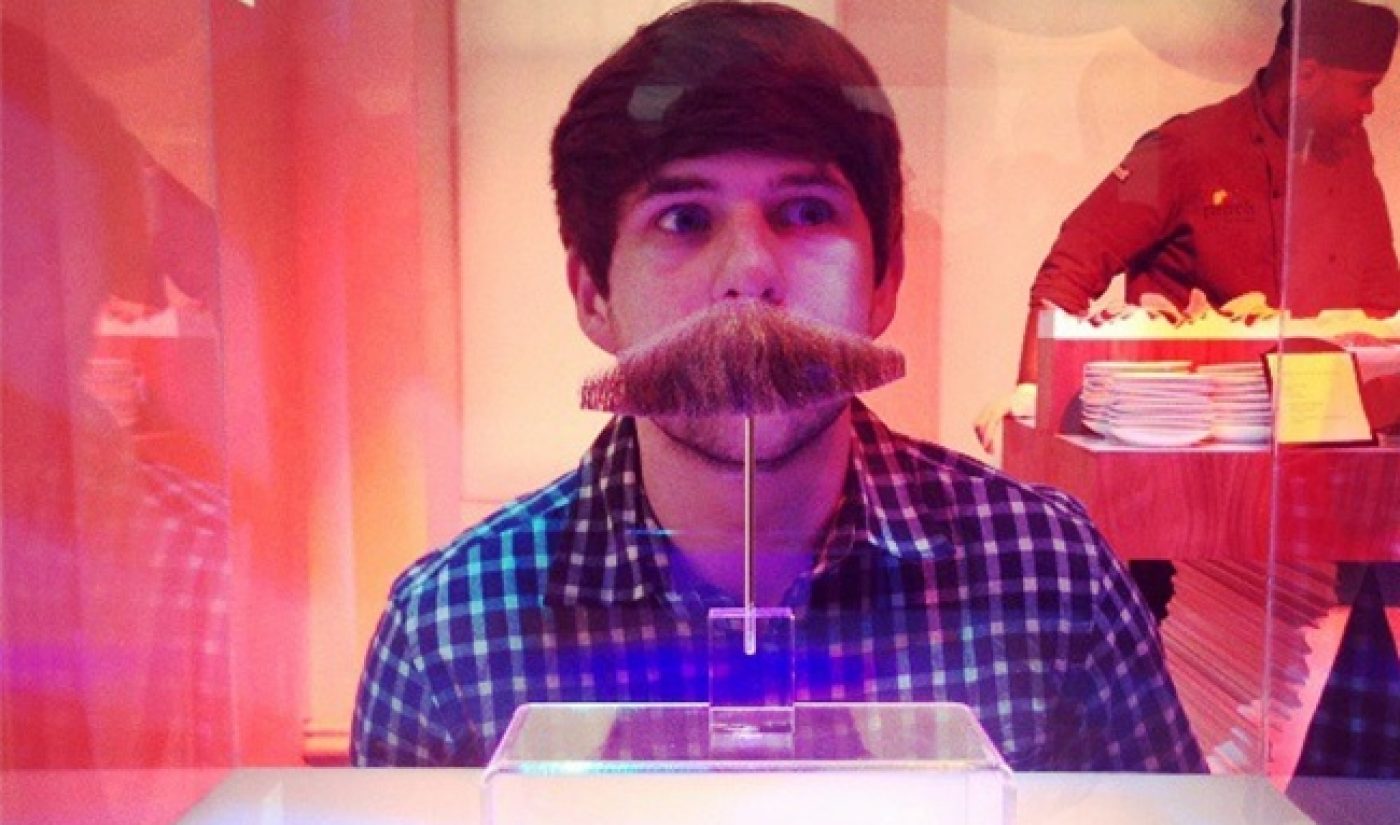 Alloy Digital, one of the top multi-channel online video networks, used its time at Digital Content Newfronts to discuss its popular teen brands while also dishing out info about the new series it will distribute thanks to its recent merger with Digital Broadcasting Group (DBG).

Alloy’s top property is still Smosh, the comedy duo that continues to top YouTube in terms of subscribers. Both Ian Hecox and Anthony Padilla showed up to talk about their ascendant channel, which will continue traditional features like ‘If Movies Were Real’ and the yearly ‘Food Battle’ in 2013. As you can see in the above image, Hecox has also taken to modeling.

One of the network’s new series is Dorm Biz, a competition where college students create start-ups out of their dorm rooms. It’s like the new Wall Street Journal series, but with a millennial vibe.

Alloy also announced a second season of Chasing, the reality show that featured EDM artist Steve Aoki during its initial run. EDM continues to be a hot commodity at Newfronts; beyond Alloy, it is also part of the strategy of Microsoft and Machinima, among others.

Jane Lynch’s DBG-produced web series, Dropping the Soap, featured in the presentation as well. After much hype, it will debut during the summer, where it will test Alloy’s viability outside its teen market. Lynch’s character is described as a TV exec willing to try “every gimmick in the book” to keep her channel’s daytime soap alive. I wonder if she’s considered having a food battle.

Here is the full list of the programming featured in Alloy’s presentation from their press release:

CHASING
Follow The Clues. Complete the Challenges. Find your music icon. In Season One of Chasing we chased world-renowned DJ Steve Aoki…who’s next? Back for Season 2, Chasing is a high energy, music-based reality competition sending super fans on the ultimate road rally for the chance to meet their favorite artist.

Along the way they’ll follow clues, solve puzzles and compete in challenges all inspired by the artist’s life and music.  Each win gets them one step closer to winning the ultimate prize – a VIP experience with their musical idol!

DORM BIZ
An intense reality competition in which students who possess the same entrepreneurial ambition as the likes of Mark Zuckerberg try to launch new businesses from their dorm rooms. It’s a tough economy for any business, but will these students have what it takes to balance both business plans and term papers?

With well-known business experts as mentors, student teams from different universities go head to head in series of challenges as they develop their individual business and compete for the ultimate prize – funding for their startup.  Challenges result in triumphs and setbacks all leading up to a climactic final pitch to a panel of industry judges who decide the winner.

DROPPING THE SOAP
From Executive Producers Jane Lynch, Lisa Kudrow, Dan Bucatinsky and Dan Ross. When the new Head of the Network (Jane Lynch) wants to shake things up on the long-running soap opera “Colliding Lives,” she tries every gimmick in the book.  The result is a no-holds-barred every-hack-for-himself war of blackmail, deceit, scandal and revenge led by Julian Drake, a soap star of questionable talent and moral compass

30 DAYS TO POPULAR
A comedic tale of two best friends and their 30-day journey to the top of the high school hierarchy. This scripted comedy captures the experience of Lauren and Cara, two best friends who’ve thus far made it through high school unscathed by happily watching the popular crowd’s antics from the sidelines.  That is, until Lauren’s dad decides to throw his daughter a Super Sweet 16 and takes it upon himself to propel her into the spotlight when he invites her whole class to her party!  With only a month to go before the party, the girls have no choice but to work their way into the ‘In Crowd.’

Against all odds, Lauren and Cara’s mission succeeds, and they win over their peers!  But when Lauren’s long-time crush turns out to be the one guy who’s not interested, she realizes staying true to herself in the social jungle called high school is the real challenge.

ENCORE
This non-scripted comedic series takes the dramatic potential of a high school reunion and adds performance, showmanship and a healthy dose of competition. Anyone who was in the high school drama club knows that the drama was not just kept to the stage. The energy, hard work and late nights spent rehearsing to put on a production can seem endless—but the memories that are made are worth the effort. What happens when we reunite former cast members to relive these moments?

Encore follows the process of launching a production, and we’ll watch the creative conflict and personal challenges they deal with, as well as the excitement of our cast’s musical and intrapersonal progress as they build towards opening night.  They may have a script in hand, but what happens off script will determine if they will be able to shine…once again.

ESPRESSOLOGIST
Get a little love with your latte. Based on the popular book by Kristina Springer, The Espressologist mixes one part Central Perk from Friends with a splash of Jane Austin’s Emma to create a series brimming with humor and heart.

Working at her neighborhood coffee shop as a barista, twenty-something Chelsea has a front-row seat to people and their crazy, entertaining lives.  Always an astute observer of human nature, Chelsea stumbles upon a methodology that makes a love connection between her customers’ personalities and their drink orders.   This comedic series follows Chelsea as the stakes are raised and her bizarre dating formula leads to more people (namely friends and co-workers) looking for Chelsea to replicate her success.  But will she ever make a match for herself?

CLEVVER HQ
From the #1 multi-channel entertainment news provider on YouTube comes the new must-watch weekly round table show that brings together dynamic personalities to chat about everything happening in pop culture today…from big events, newsworthy highlights, style trends and relationships, to the latest social debates, all served up with a healthy sense of purpose and humor.

Clevver HQ sets a new standard, as the hosts discuss and compare notes in a real-time format that enables immediate audience interaction through social media, offering the audience a point of view different from the usual talk show conversation.  HQ gives viewers a seat at the talk show table