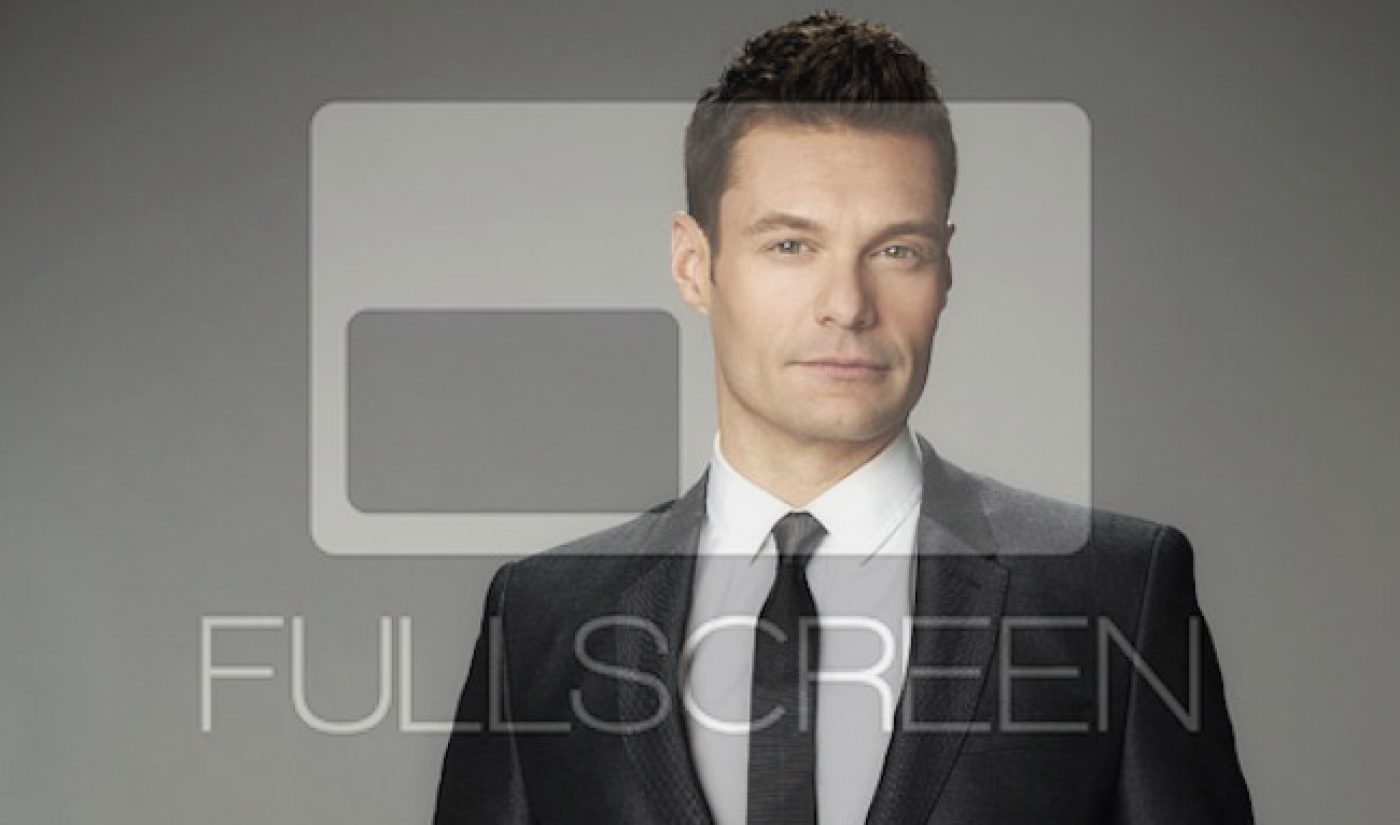 One of the busiest individuals in show business just added a new medium to his schedule. Radio personality, television host, and America’s spiritual heir to Dick Clark, Ryan Seacrest (who’s eponymous production company is behind hit television series like Keeping Up with the Kardashians, Jamie Oliver’s Food Revolution, Shahs of Sunset, The Wanted Life, and Montecito) just inked a deal that will have him incorporate more digital projects into his already overloaded bandwidth.

Ryan Seacrest Productions today announced the company inked a development deal with Fullscreen, the most-viewed independent multi-channel network on YouTube (at least for the past few months).

The partnership brings with it the promise of established RSP programming finding a second home on YouTube and the two entities conceiving of new entertainment properties that leverage both of their strengths. That is, RSP’s name, connections, and production expertise and Fullscreen’s YouTube and online video marketing, promotion, and sales savvy.

Here’s what Fullscreen CEO George Strompolos had to say about the deal:

I’m extremely fortunate to work with some of the most talented people on the planet. From the inspiring creators in the Fullscreen network to the cutting-edge media companies obsessed with creating the next big thing, I love innovating the future of entertainment with like-minded people.

That is why I’m pleased to announce Fullscreen will be teaming up with Ryan Seacrest Productions (RSP) to develop new content opportunities for YouTube and beyond. This exciting partnership leverages Fullscreen’s diverse global talent network and RSP’s expertise in producing world-class digital, unscripted and scripted entertainment.

RSP knows a thing or two about creating addicting water-cooler conversation shows. Ryan’s production shingle led by CEO Adam Sher is the mastermind behind E! hit series Keeping Up with the Kardashians, the Emmy-winning reality series Jamie Oliver’s Food Revolution. RSP is currently in production on Shahs of Sunset for Bravo, The Wanted Life for E!, and Montecito for A+E. The company is also venturing into the scripted world too with its first pilot Mixology which is in contention at ABC and two movies in development at Universal and Paramount. And we all know Ryan is quite the host, too.

Stay tuned for what we have in store!

You had to expect it, but what a great sign off by Strompolos! Stay tuned for more info on what the two companies have planned.