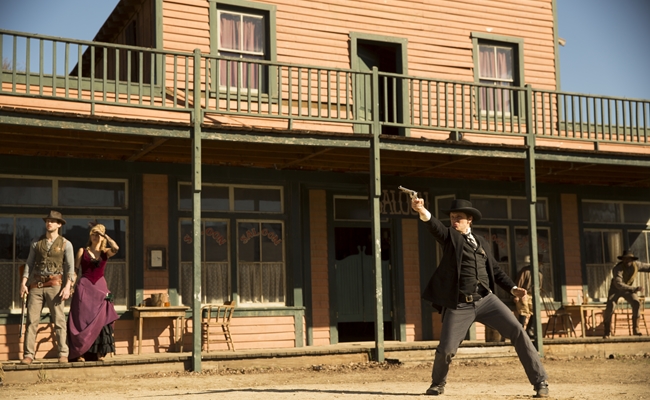 Hulu reached three million paid subscribers at the end of the 2012, and has since added another million to its total. Beyond Hulu Plus, the website has undergone a significant amount of growth. “When we started Hulu was only available on computers; now we’re on 350 million connected devices,” said interim CEO Andy Forssell. Forssell, who is serving as Hulu’s top exec while the company searches for a replacement for former head Jason Kilar, also posted on Hulu’s blog with a rundown of the day’s news items.

Among said items is the reveal of two new original programs, East Los High and Quick Draw. The former is a high-school drama with an all-Latino cast, surely in an attempt to captivate the Internet’s growing Hispanic audience. The latter is a period comedy about a Harvard-educated sheriff who attempts to bring scientific methodology to a rough-and-tumble Wild West town.

Those two new entries join the nine new and upcoming shows Hulu revealed back in January. In our preview for Hulu’s Newfront, we noted how upcoming Hulu stars appeared at the 2012 event and explained that we expected more of the same this year. Sure enough, top names like Seth Meyers and Eva Longoria appeared to promote their upcoming programs (The Awesomes and Mother Up, respectively). Given that Meyers also touted The Awesomes at the 2012 Newfronts, I’m starting to wonder if Hulu will delay the series’ Comic-Con debut date so that they can roll him out again in 2014.

Finally, Hulu noted the release of One Life To Live and All My Children, the former ABC daytime soaps that have been adapted for the Internet by production company Prospect Park. Expect those revivals to be a hit among genre fans, so long as ABC stops egregiously killing off characters in order to muck things up.