AOL Rolls Out Star-Studded Slate Of Original Series At Newfronts 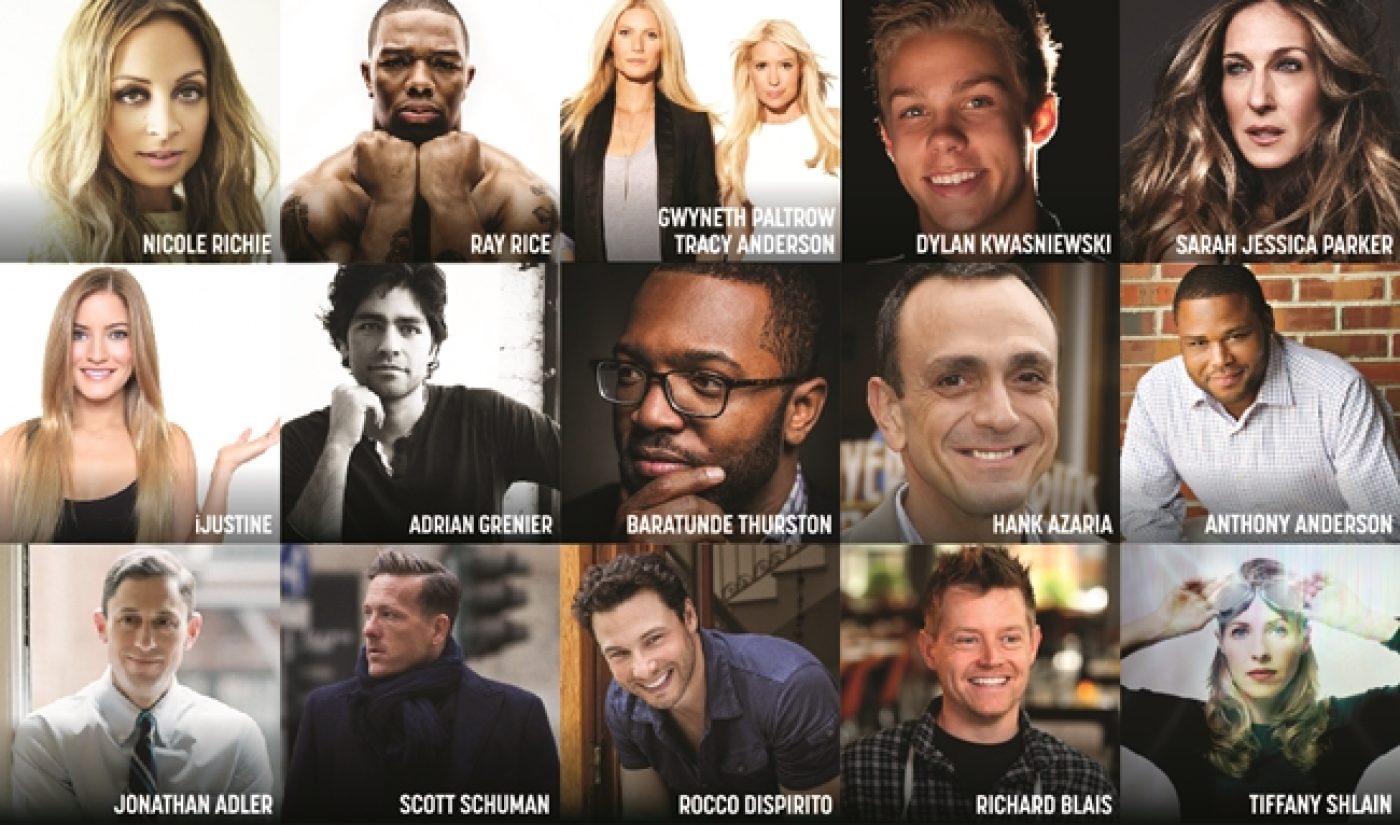 AOL‘s Digital Content Newfronts presentation, like many of the others to go down this week, featured a clear emphasis on star power and original programming. The site, which currently holds the 7th position in Comscore’s Online Video Rankings, unveiled 15 upcoming series and spilled the beans about new partnerships with companies like Nielsen and AXS TV.

One by one, notable entertainers, artists, entrepreneurs, and personalities took the stage to discuss the projects they will share via Aol On. In particular, many of the upcoming series target women. Sarah Jessica Parker is planning City Ballet, a series about the New York City ballet, Nicole Richie is turning her Twitter profile into a web series star with #CandidlyNicole, and Gwyneth Paltrow will join fitness expert Tracy Anderson for Second Chances, where they will talk to women who have overcome obstacles.

Among all the familiar faces from traditional media, one new media star stood out: iJustine will have her own series though Aol On’s tech hub. It’s called Hardwired, and it will have the popular vlogger exploring new technologies that interact directly with the user’s body. It all looks perfect for the woman who made her fame by playing around with popular gadgets.

Also joining the AOL lineup is everyone from comedian Hank Azaria to actor Anthony Anderson. The former will explore his new dad status in Fatherhood, which will feature appearances from actors like Kevin Bacon, Rainn Wilson, and Richard Kind; the latter will gorge himself on a number of tasty eats in Anthony Eats America.

Beyond programming, AOL also fleshed out the partnership between its Huffington Post property and Mark Cuban‘s AXS TV channel. As announced yesterday, HuffPost Live will make its way to TV via AXS, with Cuban using Newfronts to tout live online entertainment. “Live is creating a dynamic that is the future of online video,” he said. “If you’re watching it on YouTube, you’re already too late.”

Finally, AOL CEO Tim Armstrong took the stage with John Burbank of Nielsen. Together, they announced Nielsen’s plan to release ratings for online TV. Armstrong described them as a version of the ComScore rankings that can be compared to TV, and he announced that AOL would be the first online company to partner with Nielsen on that endeavor.

All in all, AOL gave an exhausting Newfronts presentation. One year ago, they stormed into the original online content sphere with Aol On. Now, they’re starting to branch out in a big way.

Here is a list of all the original programs AOL announced: