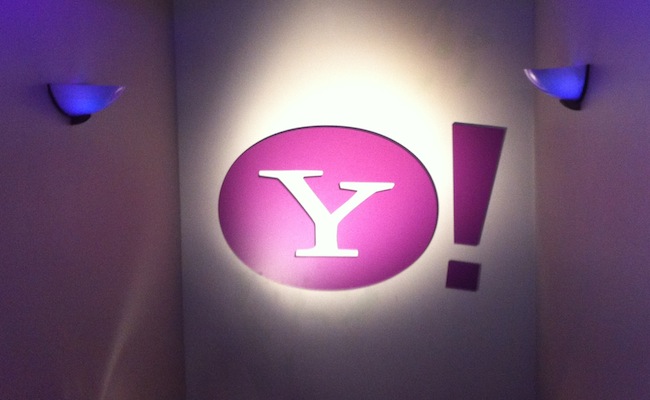 What To Expect At The Yahoo NewFront [Predictions]

From April 29th-May 3rd, 18 online video distributors will take the stage all over New York for Digital Content Newfronts, where they will attempt to pitch their upcoming content to advertisers and the media. Here at Tubefilter, we’ll be running through some of the presenters and taking our guesses as to what they will be showcasing. Today, Yahoo.

What They Talked About At Last Year’s Newfronts: Yahoo announced its new slate of shows at Newfronts 2012, including all three of the shows listed above. Many of the announced programs featured celebrity hosts such as Katie Couric, Jeff Goldblum, and Tom Hanks.

What They Will Talk About This Year: More of the same, basically, but with a data-driven spin. That’s because the leadership at Yahoo has changed since the company’s last NewFront. Expect an online video effort ultimately led by Marissa Mayer to have a much stronger emphasis on analytics and measurement than in year’s past. Of course, there will still be entertainment.

Yahoo’s focus is once again squarely on its original web series. The one we’re most interested in hearing about is Ghost Ghirls, Jack Black’s paranormal comedy, which could be for Yahoo in 2013 what Burning Love was in 2012. There’s also The Fuzz, a comedy that continues the Internet’s obsession with puppets by turning them into police officers.

Yahoo also announced recently that it will become the home for 37 seasons of Saturday Night Live, a huge deal for those of us who don’t care for newer seasons but can’t get enough of Samurai Futaba. Does Yahoo have more distribution deals in the works to go along with its original content? We’ll know next week.

A Special Guest Who Could Show Up: The Lumineers will show up for a concert after the presentation, which could lead to many ad execs awkwardly shouting ‘h0’ and ‘hey’ in time with the music. And don’t be surprised if Lorne Michaels and a special SNL-alum or two grace the stage as well.