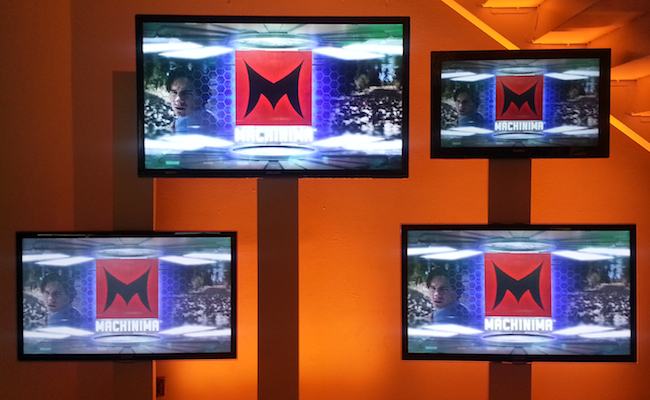 Machinima Discusses Its ‘Core Fan’ In Pitch To Advertisers

Digital Content Newfronts are right around the corner, but Machinima is not waiting to give its pitch to advertisers. The multi-channel YouTube network has preempted the 18 distributors who will present next week with an event of its own, where it broke down the makeup of its average fan and explained how that consumer extends well beyond video games.

Machinima CEO Allen DeBevoise was the first to take the stage, and he talked about the network’s “core fan”: a male between the ages of 18-24 who plays video games and consumes pop culture at an above average rate. DeBevoise explained how this consumer doesn’t just drive trends in the gaming industry; he and all of his friends have made nerd culture-friendly shows into the most watched ones on TV. The Big Bang Theory is the most watched network TV sitcom, The Walking Dead is the most watched cable TV serial, and Game of Thrones is the most watched show on premium cable.

With that in mind, DeBevoise and his cohorts are gearing Machinima not just towards gamers, but towards the content they enjoy. The network’s partnership with ULTRA came to be because Machinima fans also listen to a lot of EDM. The upcoming collaboration with Ridley Scott was born from an understanding that these people also love sci-fi movies.

Indeed, Machinima is striving to create the iconic nerd culture brands of tomorrow. The network used Kevin Tancharoen as an example; after he made the Mortal Kombat: Rebirth short film, Machinima enlisted him for the Mortal Kombat: Legacy web series. Now, he’s set to direct a Mortal Kombat feature film that could become a series of films (that is, a ‘brand’) if the first installment is successful.

With the 12 directors who will make short films for the Ridley Scott project, Machinima has a similar goal in mind. It wants to turn internet shorts into film franchises, incubating the sci-fi worlds that its viewers will obsess over in a few years’ time.

In that sense, Machinima is not just catering to its core fans; it is attempting to mold them around its own product, playing distributor and tastemaker all at once. And if the big names rumored to be involved in the Ridley Scott project (including Martin Scorsese, Kathryn Bigelow, and Neill Blomkamp) do in fact sign on, Machinima will have the star power it needs to achieve this lofty goal.