Zach Braff Next Up On Kickstarter, Raises $334,958 In First Few Hours 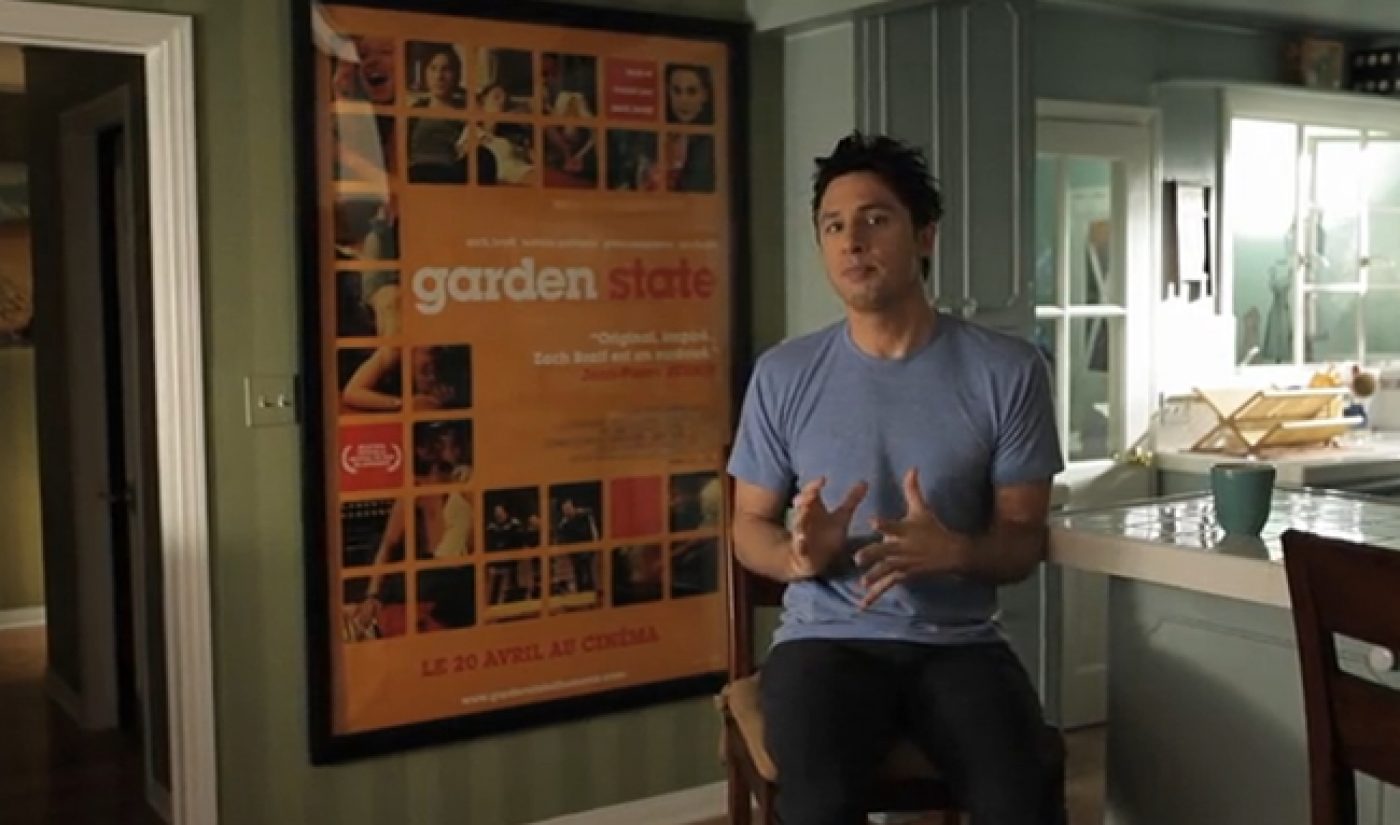 It’s only been a little more than a week since Veronica Mars‘ trendsetting Kickstarter campaign concluded, but its multi-million dollar windfall is already making waves. Zach Braff of Scrubs fame has launched a campaign hoping to raise money for Wish I Was Here, his second feature film and the spiritual successor to his critically-acclaimed debut, Garden State.

A kickass pitch video is a vital part of a successful Kickstarter, and Braff has assembled a dynamite, winning pitch. As Braff discusses the film and his goals, he is bothered by a collection of guest stars, including Big Bang Theory‘s Jim Parsons, Scrubs‘ Donald Faison, and Nerdist’s Chris Hardwick, who gives Braff particularly Hardwickian advice on Comic-Con and whorehouses.

In the video, Braff explains how he was directly influenced by the Veronica Mars campaign. “After I saw how the amazing Veronica Mars fans rallied around that project in a mind blowing way,” he explained. “I couldn’t help but think, like so many others, maybe this could be a new paradigm for filmmakers who want to make smaller, personal films without having to sign away any of their artistic freedom.”

We are currently in the middle of what I am officially dubbing the Kickstarter Spring; all four of the site’s most funded film/video projects have been completed in the last couple months. If Braff’s project can reach its $2 million goal, it will be among that number as well. So far, it is well on its way, as it has raised $334,958 in just a few hours. If you’re a fan of Braff, Scrubs, Garden State, the Garden State soundtrack, or people with spiky hair, you know what to do.