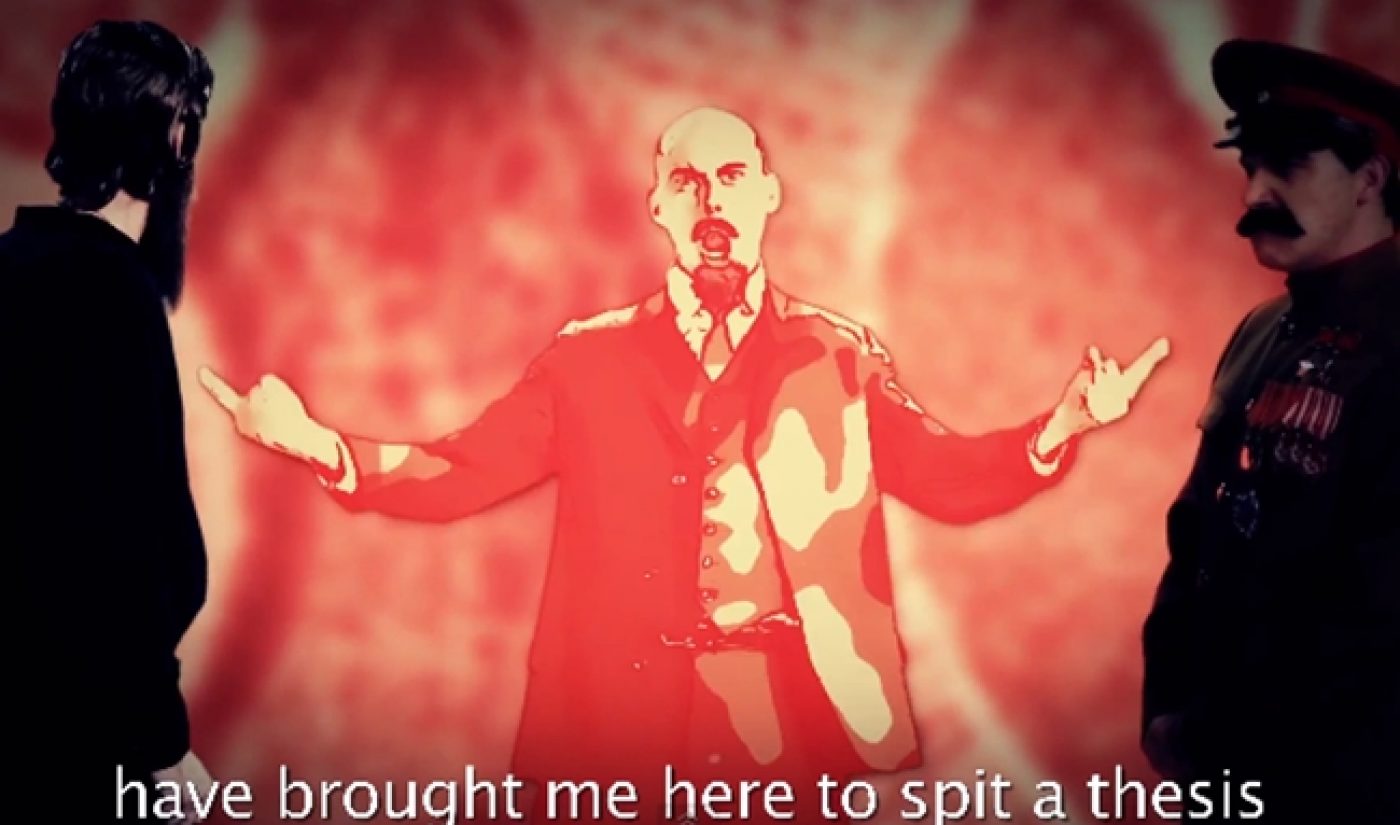 Epic Rap Battles of History is Russian to the finish line. The crazy popular series of lyrical combats has ended its second season with a five verse episode featuring some of the most important Russians of the 20th century: Grigori Rasputin, Joseph Stalin, Vladimir Lenin, Mikhail Gorbachev, and Vladimir Putin.

Though recent episodes have featured a slew of guest stars such as Jenna Marbles and Key and Peele, Nicepeter and EpicLLOYD play everyone on their own this time around, with Peter taking Rasputin, Lenin, and Putin while Lloyd takes Stalin and Gorbachev. The only YouTuber cameo is a brief appearance from PewDiePie, who dons a onesie in order to play Mikhail Baryshnikov. Predictably, these two seconds are very popular in the comments section, where PewDiePie’s legion of fans have showed up to support their favorite Swedish gamer.

The Russian battle is the finale of season 2; ‘season’ is a broad term here, as the first video in season two was posted back in 2011. 18 battles and more than half a billion views later, ERB continues its crazy run of success. The penultimate episode, pitting Mozart against Skrillex, has gained more than 18 million views thus far.

In their usual behind the scenes video, Peter and Lloyd thanked all the hardworking folks who helped them make ERB such a success (with notable YouTubers Mary Doodles and Give Me Motion among that number). According to the video, more episodes will arrive in “fall 2013”, which could mean six months with no new ERB. I think I’m already going through withdrawal.