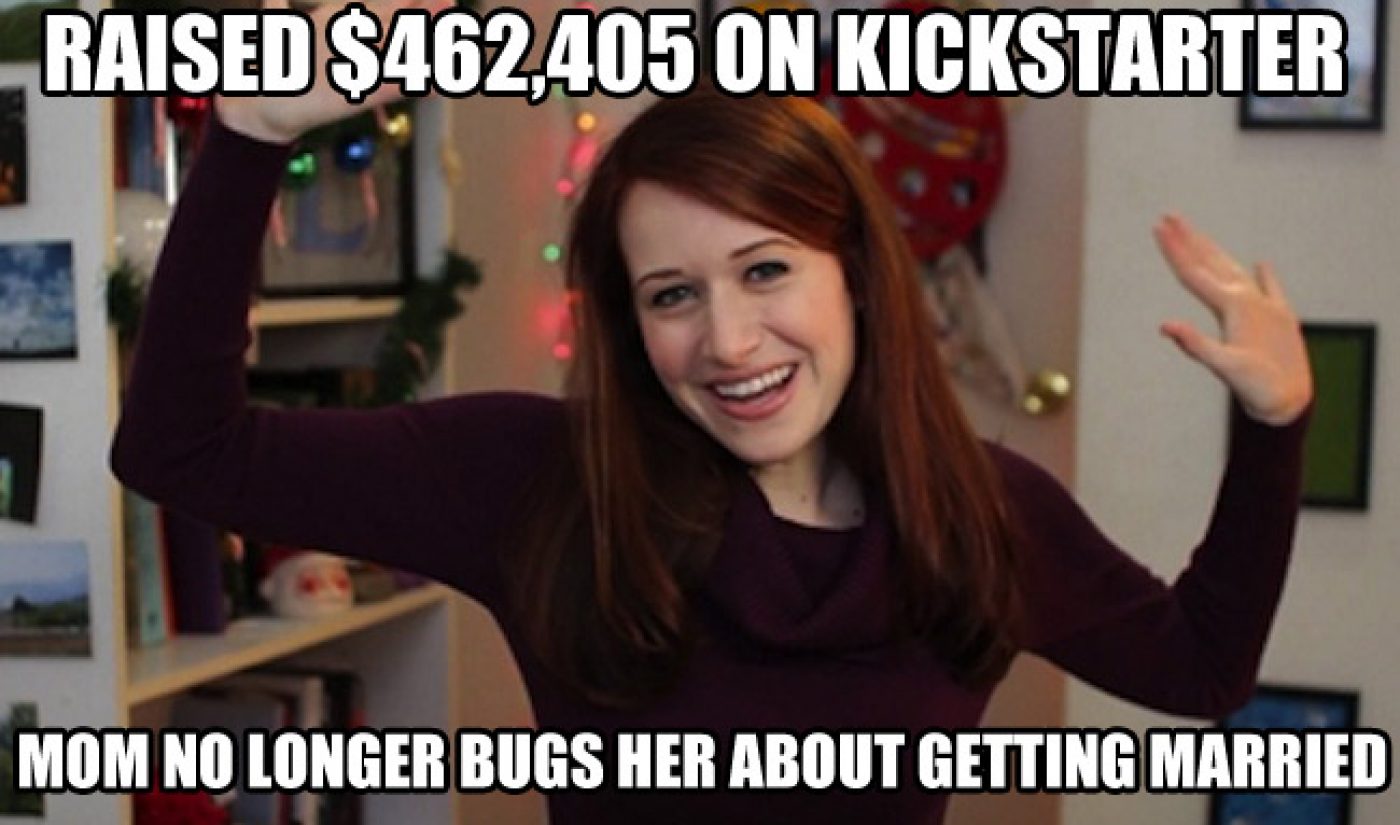 Lizzie Bennet Diaries has used its rabid fanbase to put together one of the most successful video-related fundraising projects in Kickstarter history. The campaign, based around a DVD version of the fictional vlog, has now wrapped up, with the final total coming in at $462,405.

The massive windfall will allow the LBD team to release a DVD featuring all 100 episodes + extras, fund Gigi Darcy’s mini-season Welcome to Sandition, and give much-deserved bonuses to their actors. Series creators Bernie Su and Hank Green have stayed engaged with fans throughout the month-long campaign, tweeting their words of encouragement and gratitude all along the way.

Last night chatting w/ @theashleyclem I said we wouldn’t get to $450k. Per usual I totally underestimated our fans.bit.ly/LBDdvd

The final total is more impressive when you consider that the LBD team was only asking for $60,000 in the first place. In the end, the Kickstarter campaign raised almost 800% of its initial goal. You have to go all the way down to the 36th most funded film/video project to find a popular campaign with such a high percentage.

The LBD Kickstarter finishes as the fourth most funded film/video project on the site, but what’s particularly interesting is the projects around it. The top four projects have all been completed in the last two months, providing that we are currently in the Online Fundraising Spring. If you’re of any renown, get your project up on Kickstarter before this trend stops budding.