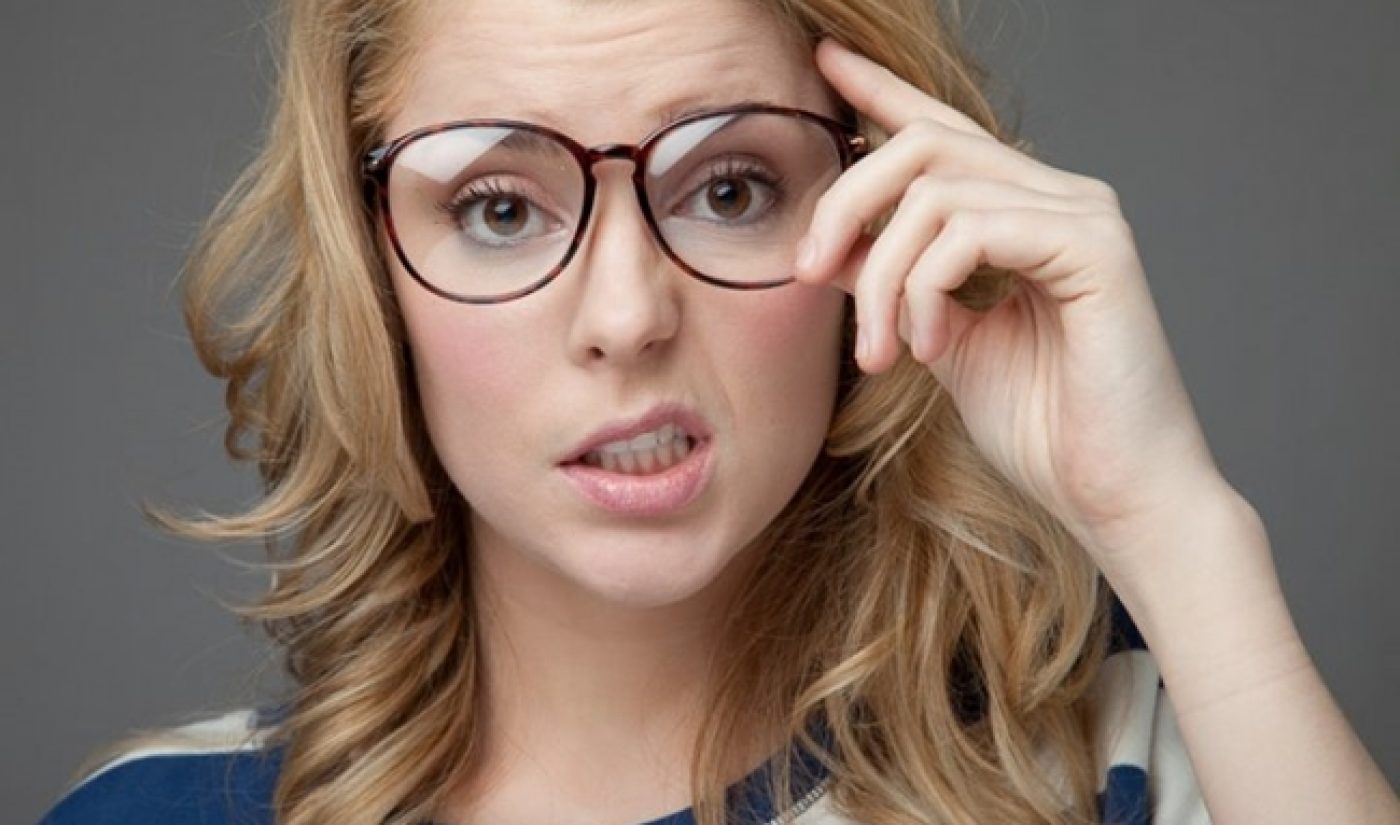 Grace Helbig has cracked a million subs. The DailyGrace vlogger only began posting videos to her main channel two and a half years ago, but in that time her collection of wit, style, and deadpan delivery have made her one of YouTube’s most popular personalities. We asked Grace a few questions after she surpassed seven digit subs:

Tubefilter: What do you have to say to your one million fans on YouTube?

Grace Helbig: It doesn’t seem totally real, but I’m sure I’ll have that moment where I break down and sob with strength in my shower about it and it’ll be really cool. It makes me a little wistful now just thinking one million people will have the opportunity to remark on my zits on a daily basis.

TF: What is the hardest part about keeping up with a daily upload schedule? Do you ever think about releasing fewer vlogs?

GH: It’s a difficult schedule to maintain over time. Occasionally I consider downsizing; the creative brain is a fickle foe and a beautiful beast, but the audience is really what keeps me going. Sometimes I feel like they’re internet children to me and there’s a maternal obligation to care for and entertain them. I can’t just put them in a corner with a box of sugar doodles every day. I’d rather create an elaborate Skrillex-inspired dance routine to feed them the sugar doodles. This metaphor got away from me.

TF: You often collaborate with fellow YouTubers such as Hannah Hart and The Fine Bros. How has the influence of your fellow creators influenced your life and your videos?

GH: Anytime there’s a lull in creativity I find it’s nice to collaborate with a fellow content creator to rejuvenate your brain/take some of the pressure off of you. The Fine Bros work so damn hard. When I feel like I can’t finish something I picture Benny and Rafi standing in front of me in their plaid shirts with arms crossed, shaking their heads in disappointment. The visual works like 30% of the time.

Hannah always has a refreshing sense of pride about her content and subscribes to the work hard/play hard mentality which is my favorite. And then there’s people like Mamrie Hart and MirandaSings who influence me comedically. They’re so damn hilarious and they never make the same joke twice.

TF: You often serve as a spokeswoman of sorts for My Damn Channel. What is your favorite part of working with them?

GH: My Damn Channel has been so great to me. They allowed me to quit my string of waitressing gigs and work from home making web videos full time. I appreciate that they take a lot of risks with their comedy combining known and unknown talent alike.

TF: You took home some pretty serious hardware at this year’s Streamy Awards. Where does that rank among your career accomplishments?

GH: It was a cool time. Winning awards was awesome and also slightly embarrassing. Sometimes I forget that there’s real people watching my videos. But the greatest feeling was being in a room of Internety people celebrating the industry. And Vanilla Ice! That guy is so great.

TF: How do you feel that your most viewed YouTube appearance has you lying down in an elevator while KassemG “dances” above you?

TF: What’s next for Daily Grace? Any fun projects on the horizon?

GH: After a lot of shower weeping, I’m hoping to work on some really great projects for web and TV, then maybe some more weeping.