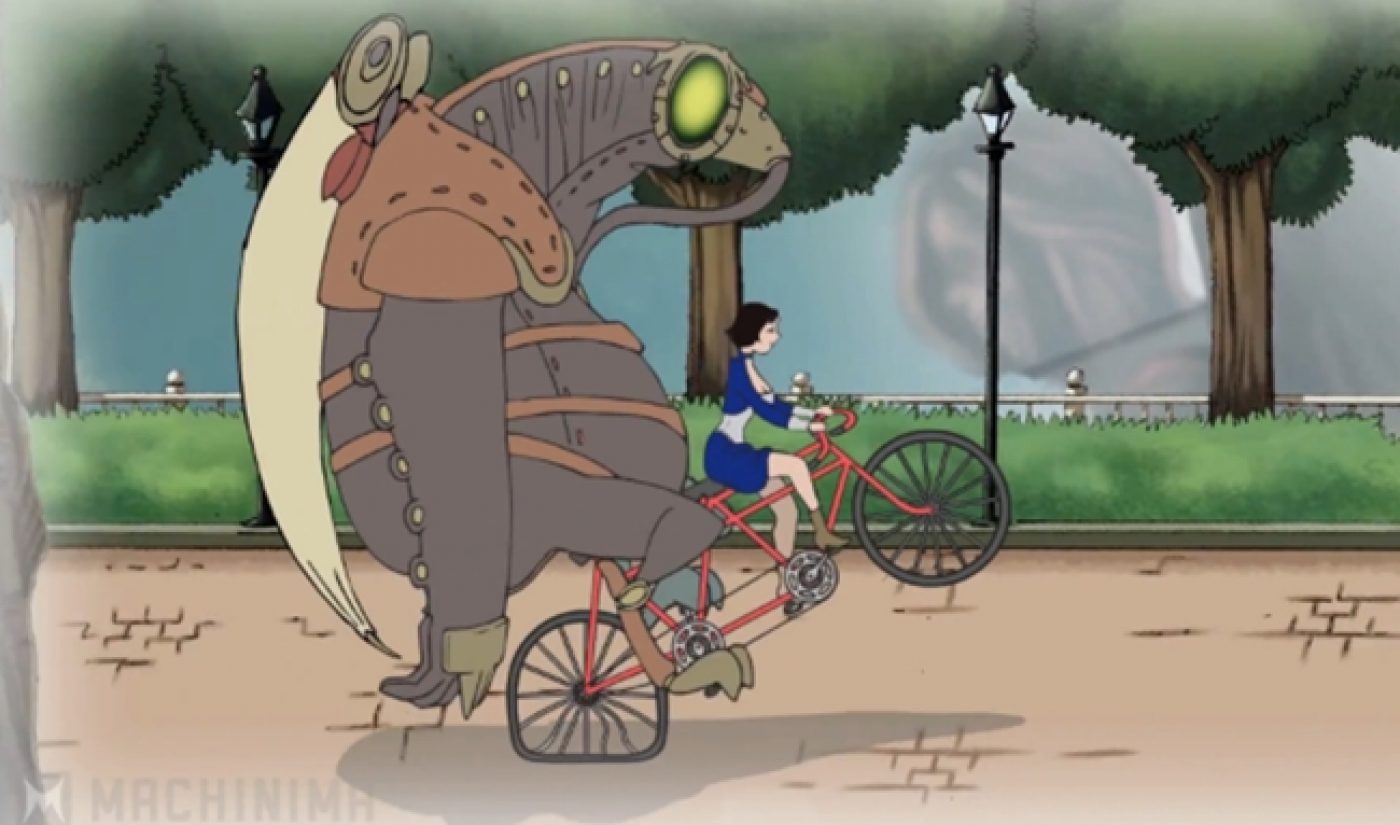 On Machinima‘s Happy Hour channel, viewers are being asked to join in on the creative process. A new series, Happy Hour Tales, will incorporate fan fiction and story ideas into the narrative, creating a crowdsourced animated comedy.

Happy Hour Tales will be broken into various segments, the first of which is titled Trial of the Songbird and takes place in the world of Bioshock Infinite. I’m sure it’s a very funny and astute riff on the game, but I have no way of knowing as Bioshock Infinite costs $60 and I do not have the money to pick up each new video game the month of its release. Still, it’s got colorful animation (as with many other series on Happy Hour) and some typical comic violence to excite the masses.

Fans are invited to submit ideas for what happens in the second part of Trial of the Songbird. If it were up to me, the characters would fly through one of Bioshock Infinite‘s space-time tears and end up in the world of Bioshock, a game I can comfortably make jokes about. I wonder if there’s some branded intentions here; after all, inviting viewers to write about a brand new video game is a good way to get them to play that game.

Happy Hour Tales is the overarching name of the series, which suggests that we will get crowdsourced stories set in other video game worlds before long. Thank god. I’ve been looking for a place to submit my Fallout 3/Roller Coaster Tycoon crossover fanfiction for ages.