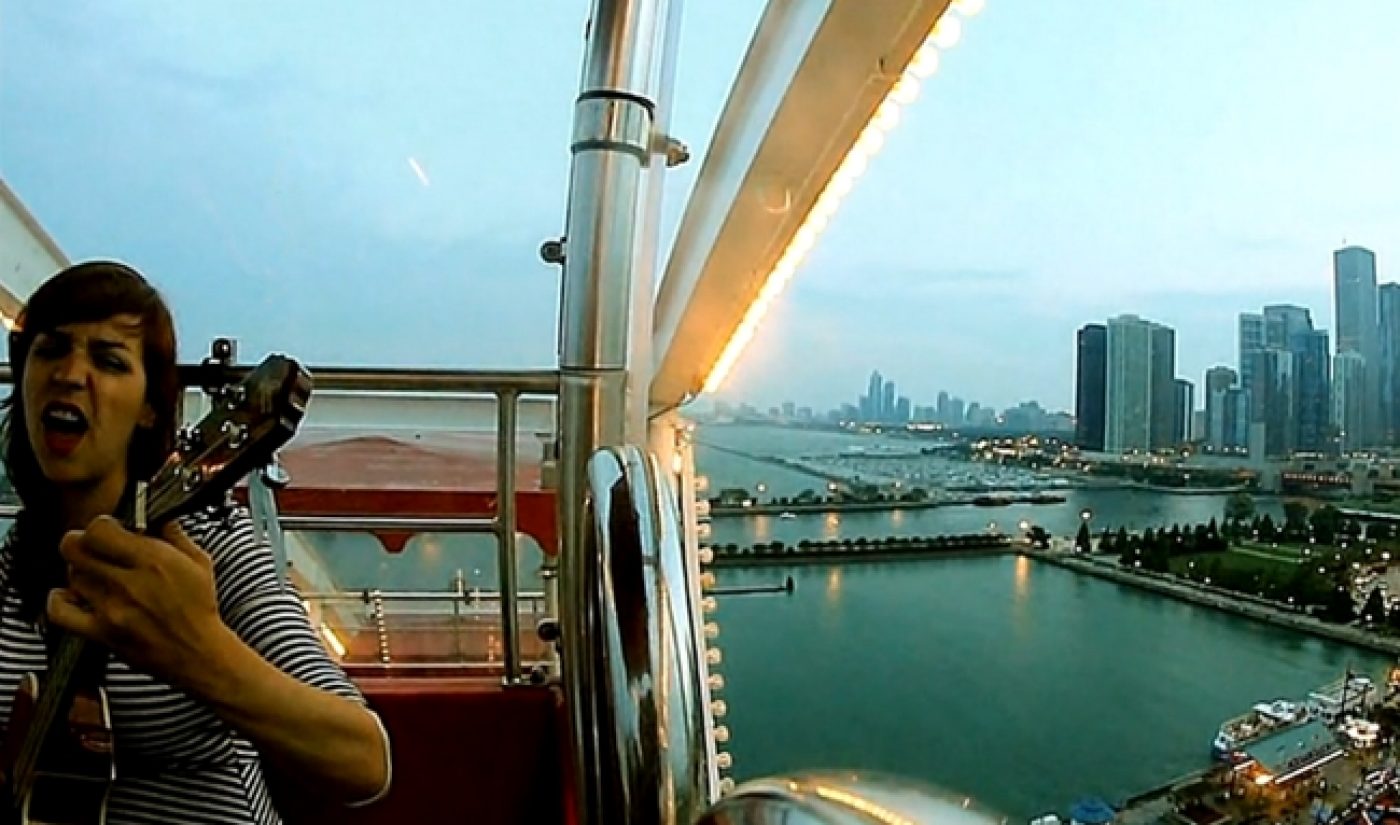 You know what’s cooler than live music? Live music several stories off the ground. That’s the philosophy behind Rooftop Sessions, a web series started by three enterprising music fans. It’s a look at the local Chicago scene, lifted in the air and perched on the roof for all to see.

Rooftop Sessions is the brainchild of Joel Hoover, Daniel Panol, and Mikel Pickett, who love their hometown almost as much as they love little-known indie bands. To celebrate both, they starting filming on rooftops around the city, with a different band performing in each episode. One of the most unique episodes features Heather Smith, the frontwoman of a band called Bone & Bell, as she plays one of her songs while taking a ride on Navy Pier’s famous Ferris Wheel.

While Rooftop Sessions’ status as a creatively-filmed discovery engine is appealing, its self-financed origins are equally admirable. The three producers use their own hard-earned money to fund the series, and shoot episodes entirely in their free time. Their day jobs as self-described “a/v geeks” provide both the income and experience they need to make their passionate side project a success. In an era where everyone seems to be reliant on fundraising campaigns to create web series, seeing a trio of creators who do it all themselves is as refreshing as a rooftop breeze in the Windy City.