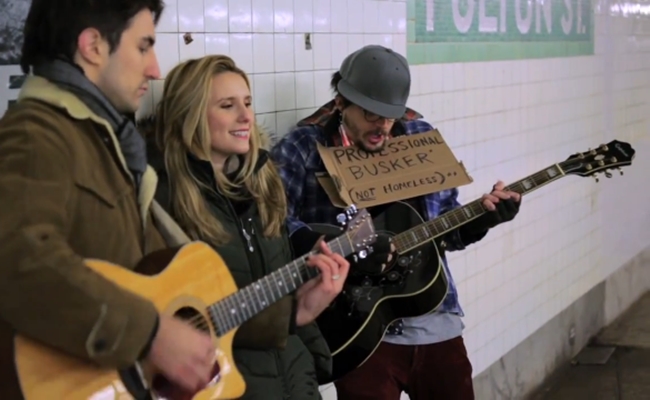 Indie Spotlight: It’s Hard To Adapt To Life In The ‘Big City’

The series I want to highlight in today’s Indie Spotlight is a talky comedy about two friends who must battle the trials associated with life in New York City. The first word of the title begins with ‘B’ and the second word is City. Sound familiar? The series is called Big City, and it reminds me of Broad City in several ways: it has a lightning-quick pace, it utilizes notable names from the local acting community, and, yes, it’s quite funny.

Big City follows Josie and Dan, a pair of neurotic, platonic roommates who live in Brooklyn and deal with various annoyances, such as out-of-tune subway guitarists, perpetually late public transit, and, in the first episode, the navigational issues faced by smartphone-less Americans. While the Big Apple is undeniably the series’ muse, its themes will resonate with anyone who has ever been frustrated by life in a titular Big City.

The two leads are played by Lauren Ruff and Zane Carney, the latter of whom has plied his trade on Broadway in the big-budget Spiderman: Turn of the Dark musical. Big City feels like more of a passion project, one lacking in high production values but full of heart and whimsy. Anyone who’s ever had to deal with pushy people on the street will find his or her head nodding in agreement as Josie and Dan navigate the irksome distractions of everyday life.