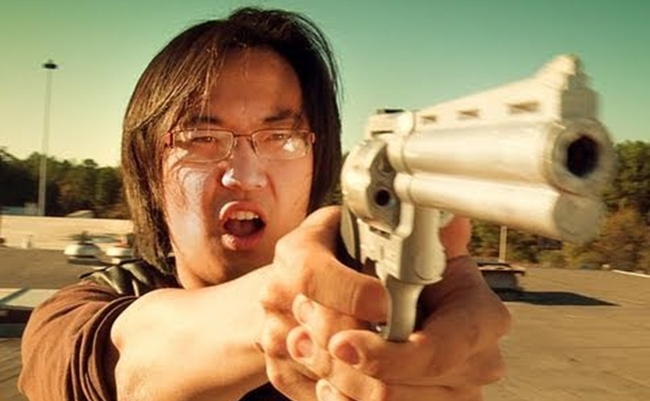 Freddiew On New ‘VGHS’ Season: “It Ends Up Being A Much Bigger Series”

The second season of Freddie Wong‘s Video Game High School will reach the freddiew channel sometime during the summer, and the series’ record breaking Kickstarter campaign has allowed it to generate plenty of pre-release buzz. We spoke with Wong about VGHS and the ways in which season two will depart from the initial nine episodes.

Thanks to YouTube’s involvement in the project, Wong can spend money he would otherwise spend on location fees on making the production looks as hi-tech and sleek as possible. He’s done lots of filming at the YouTube Space LA, and the added production values will make everything much more in depth. “Basically every character gets a whole lot more screentime and a whole lot more character development,” he noted.

Of course, VGHS wouldn’t be complete without the actual games, and the big-budget feel should lead to more diverse action sequences. “We doing it in a variety of locations,” he explained. “There’s going to be a whole lot more gameplay.” Season 2 will also build out the game types, simulating a number of different genres. “This season we’re going to have kart racing…more drift racing, a Skyrim type of game…a fighting game to a much greater degree than in the first one, [and] a little tease of a real time strategy game as well.”

Wong also elaborated on the sponsorship deal with Dodge through which the 2013 Dodge Dart will feature in the series:

“You need cars. We have two options: We can design a fake car and a whole fake car company and somehow make fake cars that aren’t really any brand, or we can say ‘You know what? Who cares. Cars are cars. This is a world and cars exist in our world so why don’t we use a car that exists rather than spend probably hundreds of thousands of dollars making a fake car for the sake of I don’t know what?”

VGHS season 2 will be split into six 30 minute episodes, and is slated for a release sometime around Comic-Con 2013. Fans of the first season should get excited. From the sound of things, season 1 was just a taste of the flashy web series action Wong is capable of producing.