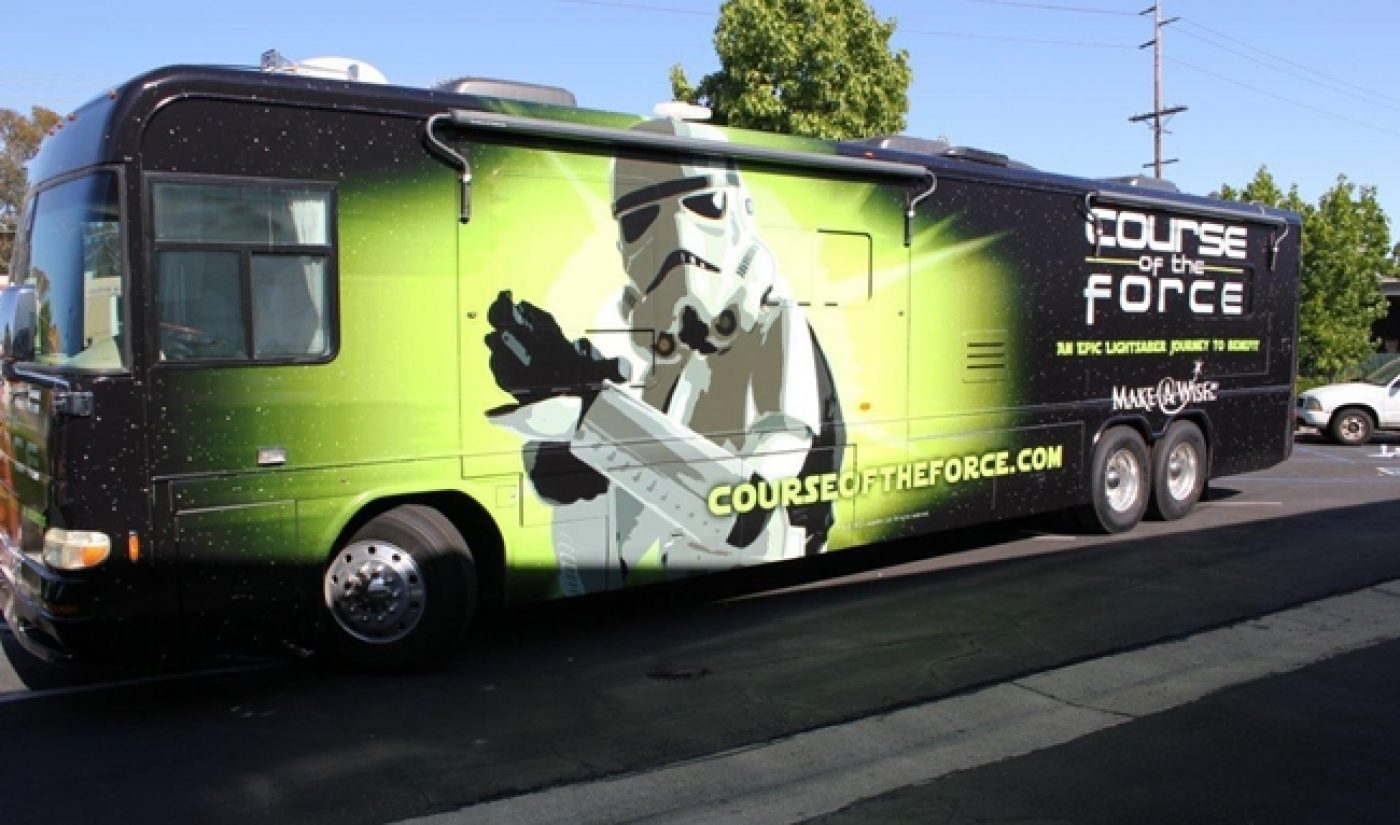 For the second year in a row, Comic-Con attendees will have the chance to fight for a good cause when the head to San Diego for the nerdy convention. Nerdist and Lucasfilm are bringing back Course of the Force, their charity relay race, which now run between the Bay Area and San Diego.

The event, which will take place from July 9th to the 16th, will begin in Marin County and wind up at San Diego, where Comic-Con begins on July 18th. Participants will carry a lightsaber as a baton, handing it off each quarter-mile to a different Star Wars fan. Each leg costs $150, with the proceeds going toward the Make-a-Wish Foundation. As there are about 500 miles between San Francisco and San Diego, a sold-out route will translate into a $30,000 donation the esteemed charity.

Last year’s Course of the Force began in Santa Monica and featured plenty of crazy costumes and celebratory pit stops along the way. With four times as much ground to cover, this year’s edition should feature even more appropriately dressed Star Wars fans. “Our plan to run at Comic-con screaming with a lightsaber worked beyond our wildest dreams. People showed up! Lots of them! In cosplay! And we were able to grant more than 1000 wishes for Make-A-Wish!” said Nerdist leading man Chris Hardwick. “Last year we started in Santa Monica, this year, Marin, and hopefully next year Tatooine.”

If you’re going to Comic-Con, running and screaming your way there for charity is a noble method of transportation. May the Force be with you on your journey.