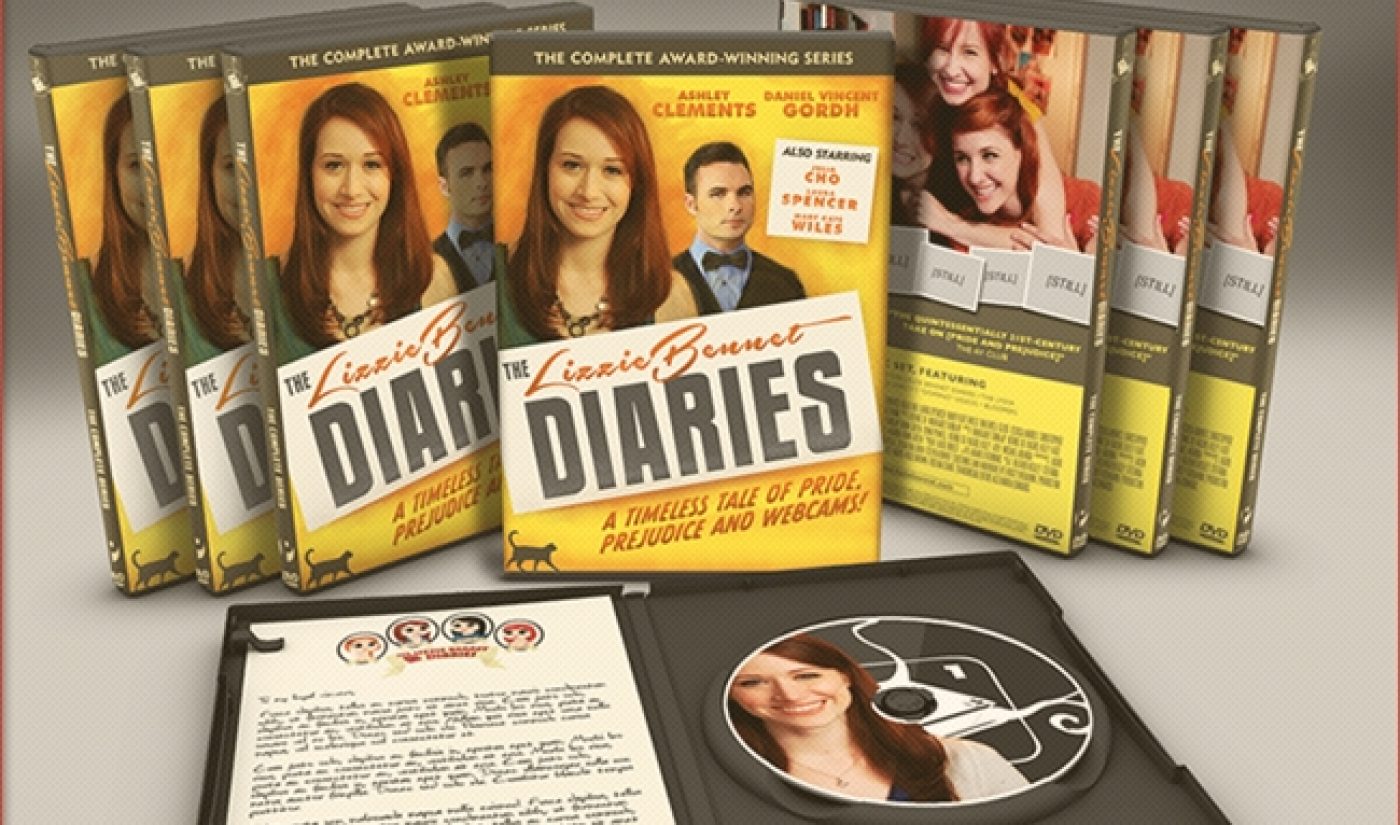 The Lizzie Bennet Diaries, Bernie Su and Hank Green‘s masterful modern retelling of Pride and Prejudice, will soon come to an end as it approaches its one hundredth episode. Luckily, Green’s Pemberley Digital company is giving fans a chance to own LBD forever, and said fans have not balked at the opportunity. A Kickstarter campaign to raise money for a LBD DVD has already brought in more than $200,000 in just one day of activity.

The campaign only had a goal of $60,000, and the enthusiastic donations have already more than tripled that number. The page will be open for a whole month, and don’t expect the LBD faithful to let up. This fundraiser will certainly be one of the top film/video entries in Kickstarter’s history, making it the second web series to raise an historic amount of funding in as many months.

Of course, paying for a collection of episodes that will all remain available online would be a total waste of money, which is why Pemberley has sweetened the deal. In addition to the usual collection of extras, outtakes, and bonus features, funds from the Kickstarter campaign will help produce two new series and will provide royalties for those hard-workin’ actors and actresses.

The first of the two series benefiting from the Kickstarter money is Welcome to Sanditon, a companion series focused on Darcy’s sister Gigi (and a take on an unfinished Jane Austen novel). The second is another book adaptation for a different source material, which the LBD team hopes to launch in late summer. Hank Green dished out all the info in the pitch video he created, which features his signature jump cut-filled editing style.

Green has also been active on Twitter as the money continues to roll in.

No kidding, Hank. The successful Kickstarter is yet another reminder that LBD has one of the strongest fanbases in the online video community.