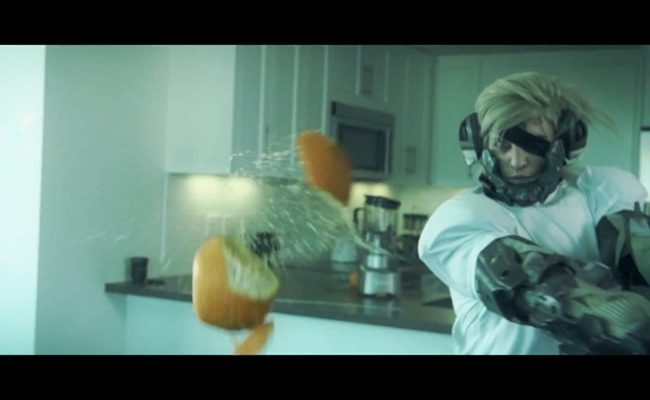 Freddiew Gets Diced Up In ‘Metal Gear Rising’/’American Psycho’ Mashup

What do you get when you combine a polarizing video game character with a hyperviolent film based off a classic work of postmodernism? The answer to that headache of a question is Metal Gear Sunrise, the newest freddiew video, where channel co-creator Brandon Laatsch has mashed up the upcoming Metal Gear Rising video game with American Psycho.

The feature mocks the morning routine scene from the 2000 Christian Bale flick, which was already a mockery in itself. Even if you’re not into meta-commentary, you can still enjoy freddiew’s entry into the ‘use special effects to make Fruit Ninja real’ subgenre. For those of you who are not fans of Freddie Wong you can revel in the part of this video where he gets diced into a million fine pieces.

The video is supported by Konami,  creators of the Metal Gear series, making it yet another companion piece to an upcoming video game, the 453,967th such entry we’ve seen in the last few months. If it were staying true to its other source material, it would’ve used a larger helping of ridiculous black comedy, but it still stands as one of freddiew’s best FX spectacles in recent memory.