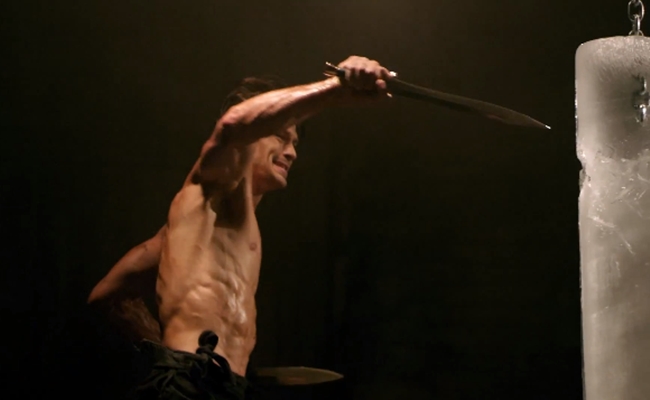 A new series on Geek and Sundry is profiling the jagged playthings of video game heroes. It’s called Arcade Arms, and it’s very sharp and pointy.

The opening installment of Arcade Arms focuses on Kratos’ Blades of Chaos from the God of War series. The ten minute episode goes into exhaustive detail about the flavor of the hellish-looking weapon, the history of its development, the crafting process of the Spartan short sword on which the Blades are based, and the fighting style of the Spartans who would wield such a weapon.

There’s potential for Arcade Arms, but if it wants to release many more episodes (which is apparently contingent on fan interest), it will need to make things a bit more relevant and exciting. The Blades of Chaos are not features beyond promotional footage for the upcoming God of War: Ascension game (funny how the timing works out, huh?) and the crafted short swords are only tangentially related to the featured video game weapons.

Arcade Arms should take a page from Man at Arms‘ book. The new Break Media series has racked up impressive numbers because of creative weapon choices, the punchy personality of its featured smith, and a focus on the most interesting process: the creation of the weapon. The best character on Arcade Arms is the frank, hairy blacksmith, and I would’ve loved to see him take a crack at making his own Blades of Chaos. A few Deadliest Warrior style ballistics dummies wouldn’t have hurt, either.

The length of the series will depend on viewer feedback, and if fans wish for Arcade Arms to continue, they are encouraged to send in their suggestions for which weapons should be profiled. In my mind, the show needs to get a little crazy. Pandora from Devil May Cry 4 sounds about right.