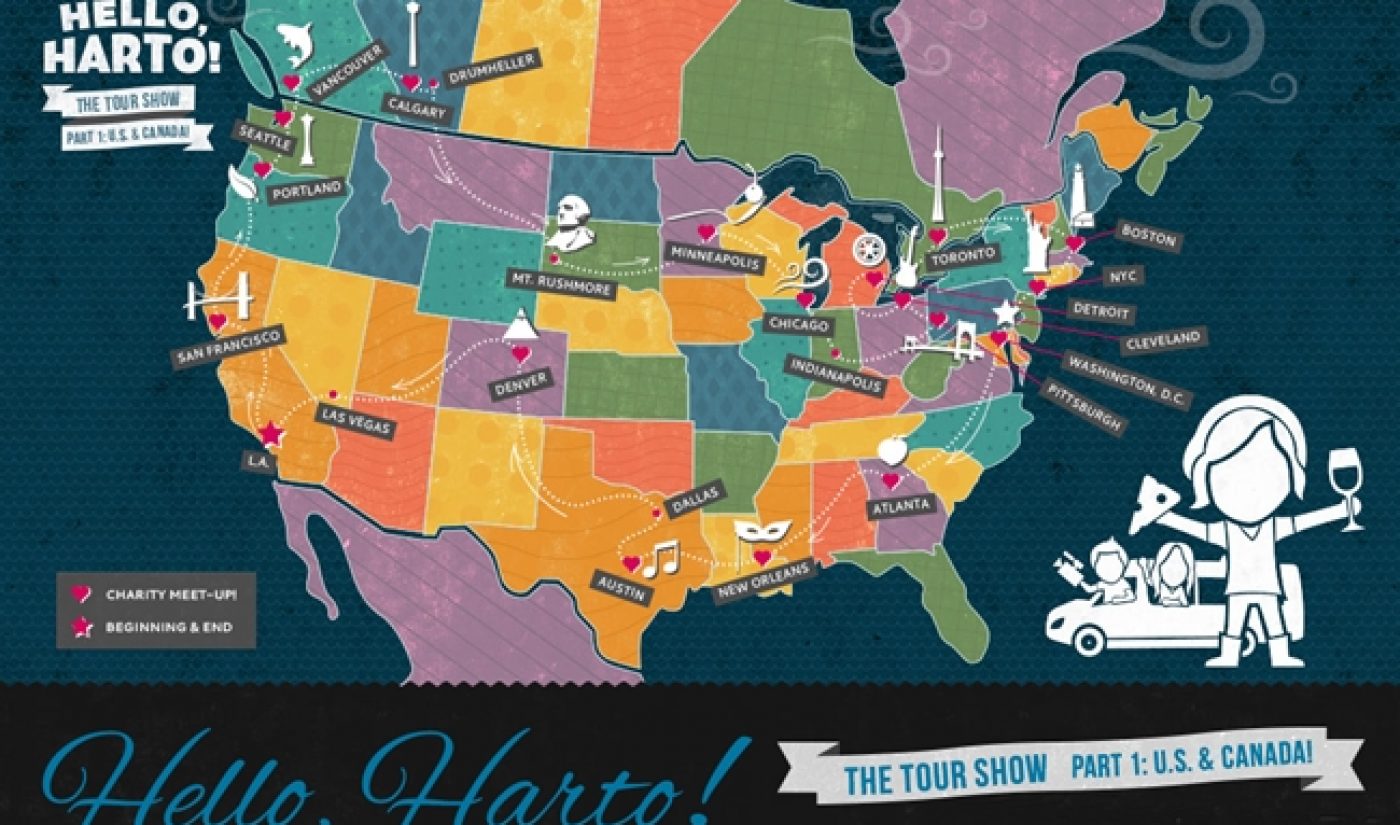 Hannah Hart is putting the $223,000 she raised her Hello, Harto tour to good use. The My Drunk Kitchen star has released a map revealing the 21 American and Canadian cities she will visit as part of her road trip.

There’s nothing too surprising; the 21 chosen cities are some of the biggest on the continent. Hart will start in Los Angeles and drive up the West Coast, hitting San Francisco, Portland, Seattle, and Vancouver. She will then make her way back east through Calgary, Minneapolis, and Cleveland. In the Rust Belt, she will swing by Pittsburgh, Cleveland, and Detroit, and after a brief Canadian return in Toronto, she will drive down the East Coast through Boston, New York City, and Washington DC. In the South, she will hit Atlanta, New Orleans and Austin and will then arrive back in LA after a stop in Denver. Got all that? At each location, Hart will host a charity meet up.

The full route (which includes a few intermediate stops) is available on the newly minted Hello, Harto website. In addition, Hart has offered up a special edition of My Drunk Kitchen where she creates a stew-like melting pot featuring one ingredient from each of the 21 locations. The resulting potpourri includes items such as clam chowder, sweet tea, and baby food. It ends up looking so incredibly disgusting that even an inebriated Harto refused to try it.

Hart’s first stop (in San Francisco) will be on April 20. Keep in mind there are also Europe and Oceania dates still to come. Get pumped, Hartosexuals.