Sesame Street Reaches A Billion Views, And The Count Counts Them All 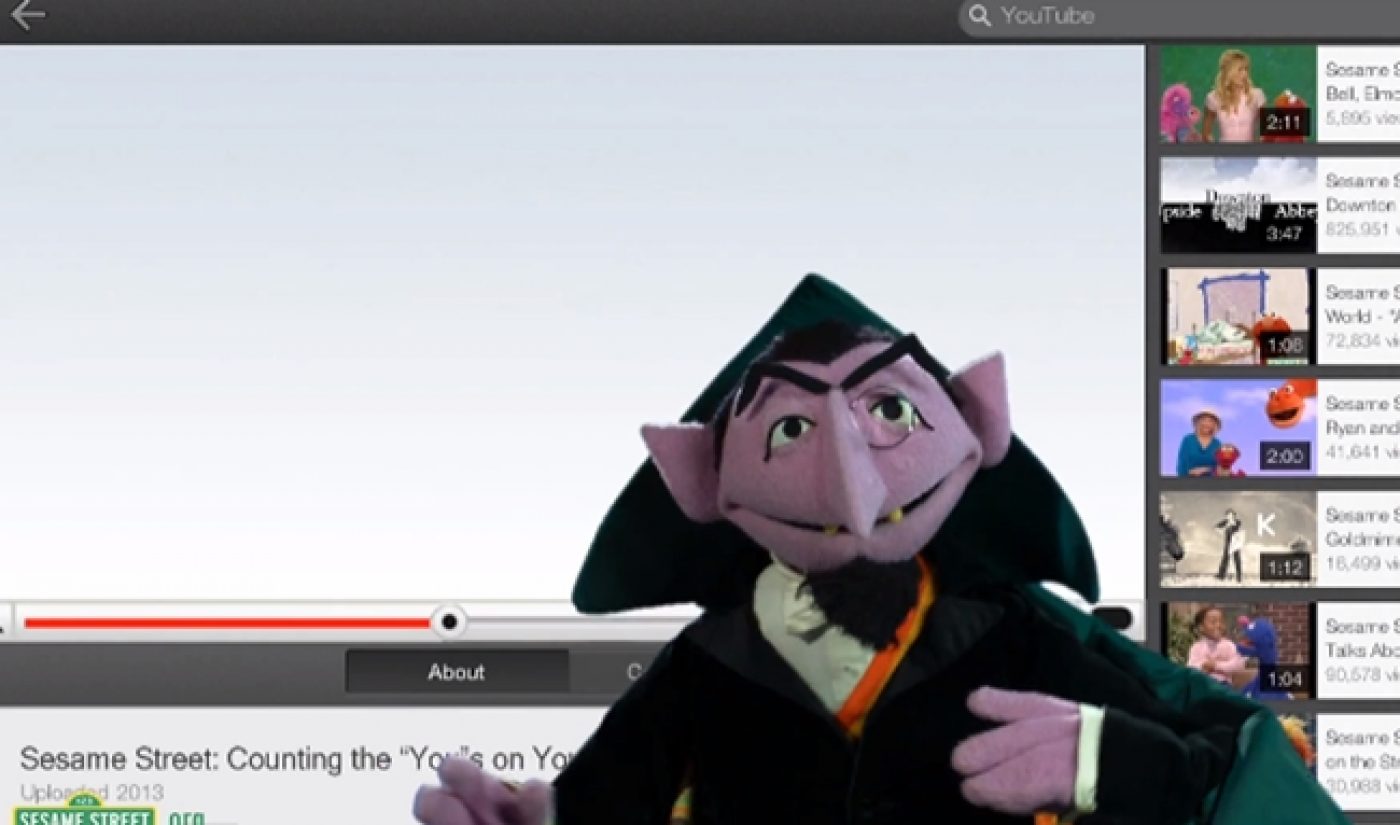 It’s official: Sesame Street‘s YouTube hub has reached its most lofty goal. The eminent children’s program, which is in its 43rd TV season, is the first educational channel and the first nonprofit channel to surpass one billion views.

The ten digit milestone completes a campaign that Sesame Street began about three weeks earlier when it released a video where Telly Monster begged viewers to deliver the remaining 22 million views so that he could unlock a “secret video”. Since then, the channel has averaged over a million views each day and has now commemorated the achievement with the reveal of the secret video, where Count von Count personally adds up each and every view the channel has received.

The video is a commemoration of all the people (not just kids) who watch Sesame Street videos on the Internet. I was elated to see that “one little viewer in a coffee shop” was the first type of fan to get a mention. Hey, that’s me! I had no idea I was the cornerstone of Sesame Street‘s viewership. The song is catchy, fun, and diverse, though the Count will never be as funny as he is in his censored form.

In addition to its various firsts, Sesame Street is also one of only 63 channels over a billion views. When you take out music feeds, only 33 channels can claim the ten digit badge of honor. As someone who grew up idolizing Grover, I’m so proud of Sesame Street for achieving such an impressive feat. Let’s break open a pack of cookies to celebrate.